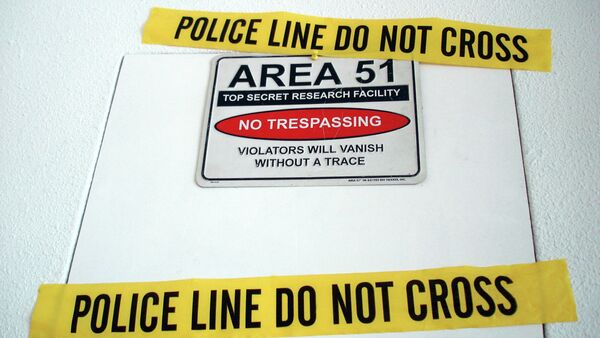 Area 51 does exist, NASA Chief Major Charles Bolden tells British schoolkids - but there are "no aliens or alien spacecraft or anything" in there.

Speaking to a hand-picked group of British school children, Major Bolden said the US government was not hiding alien life in Area 51 – but said it does exist.

“There is an Area 51. It’s not what people think. I’ve been to a place called that but it’s a normal research and development place. I never saw any aliens or alien spacecraft or anything when I was there”.

Are We Alone? NASA Searching Every Corner of Universe
However when asked by a ten year old child if he believed in aliens. The response by the Major was that: “I do believe that we will someday find other forms of life or a form of life, if not in our solar system then in some of the other solar systems – the billions of solar systems in the universe”.

“I think because of the secrecy of the aeronautics research that goes on there it’s ripe for people to talk about aliens being there”, Major Boden said.

NASA adminstrator Bolden @AeroSociety 18June "I want my grandchildren to dream of being able to go to Mars, and then to realise that dream"

In 2013, the US Central Intelligence Agency acknowledged the exact location of Area 51 in Nevada but the research conducted there has never been revealed. The documents only describe how the facility had been used during the Second World War as an aerial gunnery for Army Air Corp pilots.

As for whether there’s life on Mars, Major Bolden revealed that the mission was to reach the Red Planet in the 2030s. But before any humans go – robots must go first.

“We’re not going to send humans down to the surface of Mars to build the habitats, the houses; we’re probably going to use robots.”