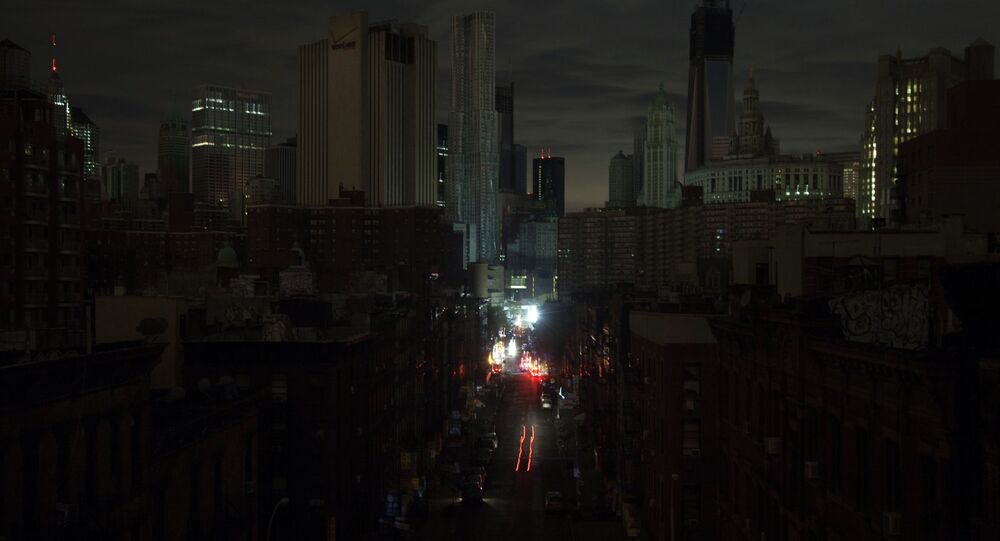 The US military has been developing next generation weapons for years, and in that effort, it’s made some impressive advances. The latest: a targeted electromagnetic pulse weapon capable of knocking out electronics without collateral damage.

"No lights," James Bond mutters, observing the fallout of a mysterious blast in the 1995 film, "Goldeneye." "Not one single electric light in a thirty-mile radius." A pause, for dramatic effect, then a question. "EMP?"

US Air Force
US Air Force to Equip Fighter Jets with Laser Weapons by 2022
That’s short for electromagnetic pulse, a phenomenon that can exist naturally, wherein a short burst of electromagnetic energy can overload and knockout electrical circuits. Lightning is one natural source of small-scale EMP, while nuclear weapons can be an artificial cause. The rapid change in electric fields created by nuclear explosions would knock out power within range of the weapon, if those electrical systems weren’t already wiped out by the nuclear blast, itself.

Focusing that EMP to create electrical damage without structural damage has long been a goal of the US military, which has achieved varying degrees of success. And while in "Goldeneye," terrorists hijacked an EMP weapons satellite – which, for some reason, still caused a lot of explosions – the US Air Force’s version would most likely be attached to small missiles, and target individual buildings rather than whole cities.

Known as CHAMP, or Counter-electronics High-powered Microwave Advanced Missile Project, the Pentagon’s project would allow the Air Force to remotely cut power to specific targets from long-range, without causing any structural damage or physical injury to anyone inside.

At this time, the Air Force has only commissioned five CHAMP devices, and according to Major General Tom Masiello, the technology is "an operational system already in our tactical air force." With the military’s new admission of the device’s existence, more CHAMPs could be on the government’s shopping list.

"We’re not quite up to the place where the Star Trek and Star Wars movies are, but this is definitely an advancement in technology to be able to give us to do things we couldn’t do before," said Peter Finlay, lead test engineer for the project.

The military has also made strides in the development of similar energy weapons. Earlier this month, the US Air Force also announced its development of laser weapons which would be attached to fighter jets, and could one day replace traditional artillery. Slated to be in operation by 2022, this project is really just a scaled-down version of a weapon which already exists onboard the USS Ponce. Known as the Laser Weapons System, it has successful destroyed practice drones in a series of tests.

Now if only the Air Force could get to work building that submarine car from "The Spy Who Loved Me."

US to Produce Bomb Retargeting in Mid-Flight