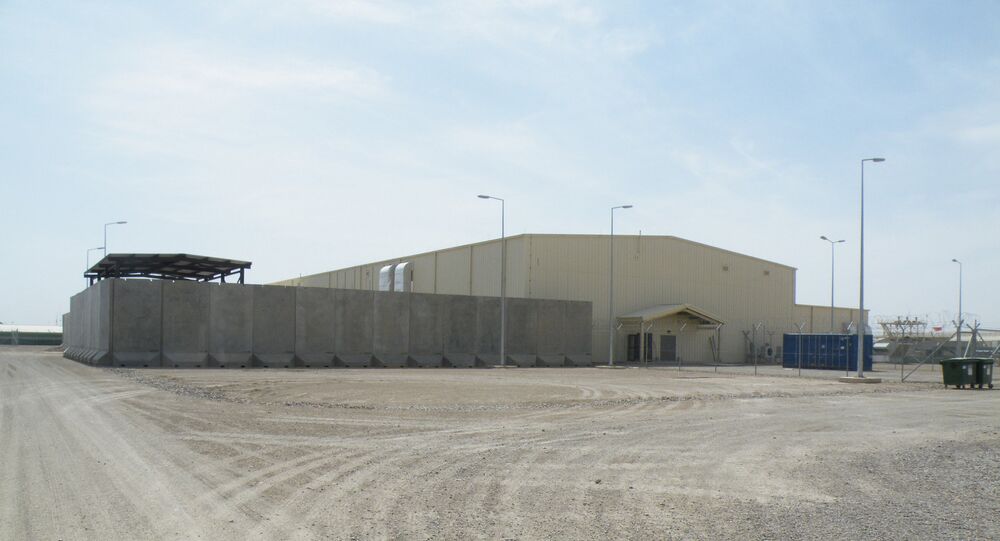 Pentagon: No One to Blame for Wasting $36 Million in Afghanistan

The Pentagon has decided that no one is to blame, and no one will face consequences, for wasting a staggering $36 million building a shiny, new, sprawling military facility in Afghanistan that has never been used and will probably be demolished.

In July of 2013, John Sopko, the Special Inspector-General for Afghanistan Reconstruction (SIGAR) published a letter (and a Flickr slide show for illustration) highly critical of the wasteful project — then calculated at $34 million — and calling for an investigation into how waste on such a massive scale could have come about.

The result of that investigation — which revises the figure for money wasted upwards to $36 million — is that no one is to blame, and no one will be held accountable for building a 64,000 square foot Command and Control facility that has never been used by US military personnel.

SIGAR's latest report on the waste of money explains that the Department of Defense, while agreeing with certain of the recommendations resulting from the investigation, rejected those that asked the DoD to "determine appropriate administrative or disciplinary action" for particular commanders who pushed the project forward over others' objections.

Sen. John McCain (R-Ariz.), who is chairman of the Senate Armed Services Committee and has a history of speaking out against particularly egregious military waste, called the project a  "boondoggle", and the Pentagon's conclusions that the project was warranted "patently false."

Similarly, Sen. Claire mcCaskill (D-Mo.) called the facility "one of the most outrageous, deliberate, and wasteful misuses of taxpayer dollars."

A 'Troubling Example of Waste'

Back in 2010, the Marines at Camp Leatherneck in southwest Afghanistan declared an "operational necessity" for the building of a new headquarters to manage the surge of Marines coming into Helmand province.The building was designed to accommodate 1,500 staff with air-conditioned offices, a briefing theater and a war room.

Unfortunately, by the time the project was finished, the surge was over, troops had moved elsewhere, the "operational necessity" had disappeared, and the building stood empty.

Sopko first notified the DoD of his concerns about the facility with letter in July 2013 addressed to then Defense Secretary Chuck Hagel that "On a recent trip to Afghanistan, I uncovered a potentially troubling example of waste that requires your immediate attention."

The DoD promised it would open an investigation. But, by December 2013, Sopko was facing a lack of progress or transparency and had only received documentation that raised more questions about the project. He then wrote another letter explaining that the stagnation "has prompted my decision to restart SIGAR’s investigation."

In the latest report, Sopko expressed his frustration that the Defense Department itself never took responsibility for the investigation.

The 'Use It or Lose It' School of Military Budgeting

The report found that after the initial request for the building in February 2010, then-Major General Richard P. Mills — in charge of Helmand — wanted to cancel the project "because it was not needed; existing resources at Camp Leatherneck were already well-suited to the mission he had been assigned."

A month later another general agreed, writing a memo asserting that "this project is no longer required."

But then-Major General Peter M. Vangjel — one of the three individuals SIGAR recommended for disciplinary action — decided to plow ahead because he "believed that it would not be 'prudent' to cancel a project for which funds had already been appropriated by Congress."

An end to the "use it or lose it" mindset about military spending  - and financial training to achieve it — is one of the main recommendations of the SIGAR report, with which the DoD "particularly concurred."

© Flickr / Special IG for Afghanistan Reconstruction
The unused Command and Control center - which was larger than a football field - was "better appointed than any Marine headquarters anywhere in the world," according to one Marine general who spoke to the Washington Post.

Vangjel later became the Army's top inspector general before retiring in February. He told one of Sopko's aides that he still believes he made "the right decision" since there could have been "other opportunities to de-scope, or even cancel the project if the situation dictated."

Those opportunities apparently never presented themselves, even though the drawdown of Marines in Helmand had already been announced by the time construction began on the headquarters in November 2011.

Deputy defense secretary Robert Work responded to Sopko in a Feb. 9 letter and called Vangjel's decision to move forward "prudent" since  camp Leatherneck was "being considered as a potential enduring location for the U.S. military."

The SIGAR report also expressed concerns over some individuals' resistance to its investigation.

"Although most of the offices and individuals SIGAR contacted during this investigation were cooperative, some officials, in their own words, attempted to 'slow roll' or otherwise frustrate SIGAR’s investigation."

One of those officials, Col. Norman F. Allen, is another individual the report recommends for disciplinary action.

Allen was a top legal advisor to one of the Army commanders being questioned for the investigation. The report says SIGAR believes he tried to "coach the testimony of witnesses" and, by his own admission, advised a "slow roll" approach to answering questions. He responded that he advised a delay in order to appraise the legitimacy of the "scope" of the investigation.

"SIGAR believes Col. Allen’s actions constituted both misconduct and mismanagement, and violated his professional and ethical responsibilities as an Army lawyer," the report concludes, noting that Allen didn't dispute any of the facts presented about his efforts to encourage subjects not to cooperate.

© Flickr / Special IG for Afghanistan Reconstruction
Military officials told SIGAR that the Helmand base is a perfect 'example of what is wrong with military construction in general —once a project is started, it is very difficult to stop." Indeed, even after SIGAR's initial 2013 letter, another $1-2 million dollars of work was still to be done on the already doomed facility.

The third individual SIGAR recommended be disciplined was Major General James Richardson, who was supposed to carry out the initial investigation after Sopko's July 2013 letter.

The report SIGAR received from Richardson in November 2013 "did not fully address the questions raised in the alert letter," the report explains.

"In addition, the recommendation to spend additional money to complete the building and order troops to occupy it seemed inconsistent with the fact that the surge was over, the U.S. had already begun to withdraw troops from Afghanistan, and it was uncertain whether Camp Leatherneck would even remain open."

The building was officially handed over to Afghan forces last fall, but remains empty.

"People have lost their lives over that — building these buildings, or building roads, or building culverts — that we're never going to use," Sopko told NPR in a 2013 interview.

"That's the real tragedy of it."