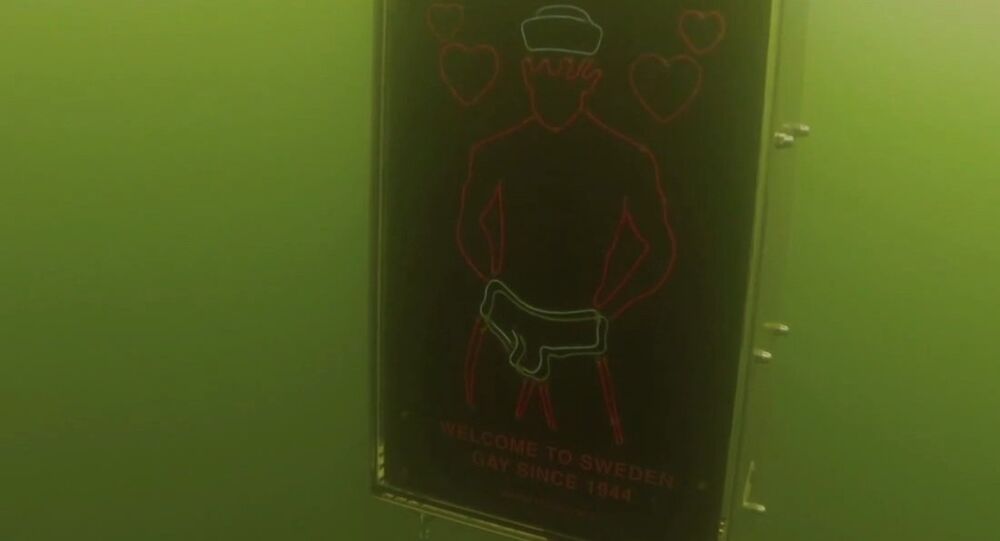 The activists installed a new subsurface sonar system called "The Singing Sailor," which sends out Morse code to any visitors nearby with the message:

The sonar system has an animated neon sign of a dancing sailor in his underwear. According to Swedish activists, the new "defense method" might scare off the commanders of Russian submarines swimming in Swedish waters.

SPAS communications and fundraising manager Daniel Holking added that if any Russian submarine crew happens to come across "The Singing Sailor," they are more than welcome to come and join the Stockholm Pride Parade on August 1.

© RIA Novosti . Vitaliy Ankov
Sweden Cannot Confirm ‘Suspicious Object’ to Be Russian Submarine
Last October, Sweden made headlines after it allegedly spotted a foreign submarine in its territorial waters. Although the submarine was thought to be Russian, the Swedish military failed to confirm where it came from or even locate it.

Since then, the Nordic country decided to invest 10.2 billion kronor ($111.9 million) in its defense, paranoid that Russia might increase its military presence in the Baltic Sea.

SPAS activists are worried about the increased militarization of Sweden. Their tactic with using 'gay propaganda' is certainly a lot cheaper.