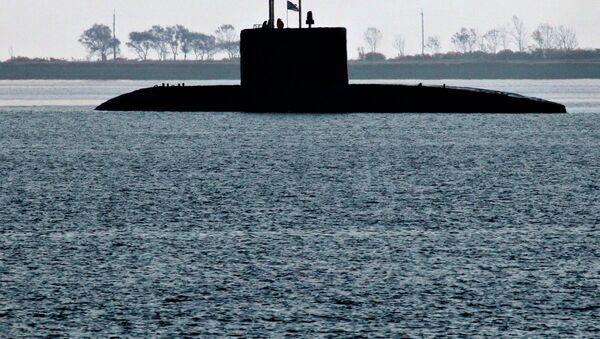 "The information, obtained by the Armed Forces does not allow us to conclude, as media have reported, that this is a damaged Russian submarine. We have no information about any distress signals or that an emergency frequency has been used," Grenstad said.

According to the admiral, there have been three "very credible sightings" of an unknown object off the Swedish coast. However, the ongoing operation is "not a submarine-search" and not aimed at "battling foreign opponents", but rather at gathering intelligence information, he stressed.

Commenting on the photo, released by the Swedish forces, showing the "suspicious object," Grenstad stated that it was likely to be "foreign underwater activity," but the quality of the photo was not good enough to draw any definite conclusions.

Meanwhile, Estonian border guards have stepped up controls to "keep track of possible anomalies" off the coast of Estonia.

"We have held talks with colleagues from Sweden, Finland and Latvia to obtain information about their actions… We are monitoring the situation on the sea and have tightened controls over the Saaremaa and Hiiumaa islands," the Deputy Director General of the Estonian Police and Border Guard board Priit Pärkna said Sunday.

The Swedish Armed Forces first launched a major operation off the coast of Stockholm on Friday after receiving information, reportedly from a civilian, about sightings of an unknown underwater object in the region.

Earlier media reports suggested that the object could be a damaged Russian submarine. A spokesperson for the Russian Defense Ministry denied the claims, stating that "there have been no extraordinary, let alone emergency situations involving Russian military vessels."