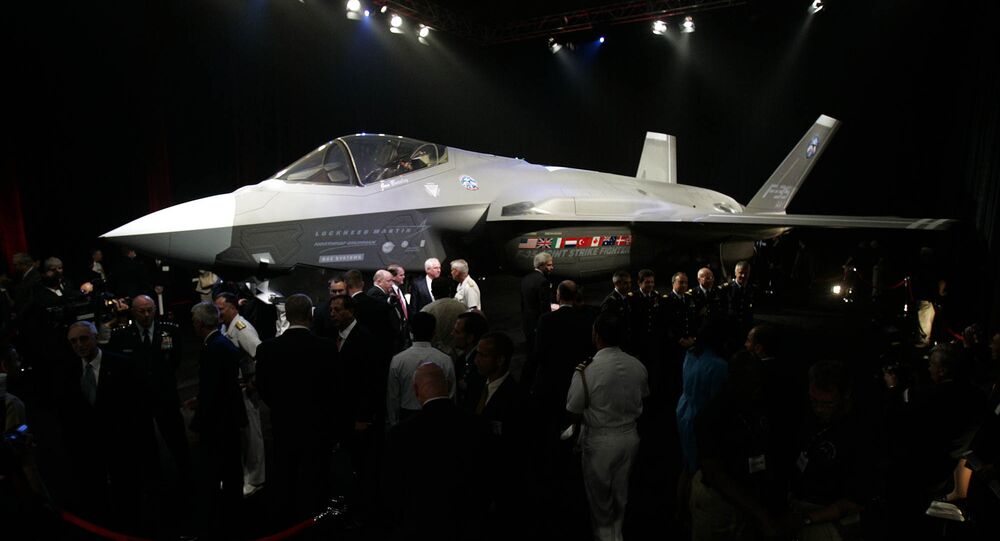 The US-led program to build the F-35 Lightning II, the world's most advanced multi-role fighter, has been beset with delays and cost over-runs that could yet make it the world's biggest white elephant.

© Flickr / United States Marine Corps
Are Defense Contractors Buying F-35 Program Support With Campaign Cash?
However, its spiralling costs and over-runs, plus the need to make a major engine modification following a fire last year has caused some commentators to suggest it will never achieve its promises. In Britain alone, some senior defense experts are suggesting the project is "a joke".

The F-35's nine partner countries are the United States, Australia, Canada, Denmark, Italy, the Netherlands, Norway, Turkey and the United Kingdom. Suppliers in each country are producing F-35 components for all aircraft, not just those for their country.

But John Marshall, of the Defence Synergia think-tank, told the Independent newspaper in Britain:

"This aircraft is massively expensive, technically and operationally flawed and unlikely to enter full and proper operational service for several more years."

The total cost of the F-35 program has increased from $233bn in 2001 to $391bn  — making it the US Department of Defense's "most costly and ambitious acquisition program", according to a recent report.

Locked and Loaded: The #F35 can carry 18,000+ lbs of weapons uncontested: http://t.co/3CrEIpeL87 pic.twitter.com/IDIHIWZytW

The F-35s were due to be deployed on the UK's Queen Elizabeth (QE) Class aircraft carriers, currently under construction, but the delays mean the ships will enter service with no aircraft. The UK currently has three of the aircraft, under test in the US, with five more on order and plans to buy a further 10, which will mean a huge bill for just 18 aircraft.

Admiral Lord West, former UK First Sea Lord, said: "I'd have thought the minimum order they've got to have by 2020 is about 48 aircraft, but I'm sure the RAF hope there will be more ordered than that because the F-35 is replacing the Tornado."

Ex-UK armed forces minister Sir Nick Harvey told the Independent there was "not a cat in hell's chance" the F-35 would be combat-ready by 2018.

"I don't recall… having heard anyone suggesting that these things could be used in combat before 2020. You could argue it was already one of the biggest white elephants in history a long time ago."