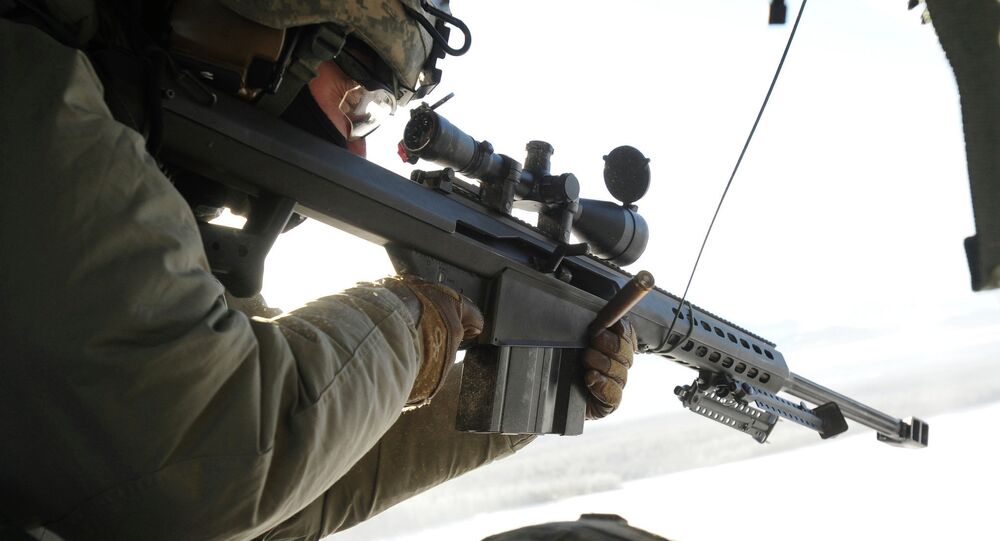 In a rather unnerving development, the US military has released footage demonstrating new "smart" self-steering bullets that can change direction to hit moving targets, perhaps guaranteeing that snipers almost never miss.

The technology, developed by the Defense Advanced Research Projects Agency (DARPA), was shown in February tests to help both experienced and novice shooters accurately hit a moving target, according to video released Monday.

The Extreme Accuracy Tasked Ordnance (EXACTO) program developed a system consisting of maneuverable 50-caliber rounds fired through a rifle equipped with an optical guidance system. The system tracks the target in real time and can shift the path of the bullet in mid-air to adjust.

The EXACTO program's page says the system is meant to let snipers kill targets more quickly and in adverse conditions like high winds or dust.

"This live-fire demonstration from a standard rifle showed that EXACTO is able to hit moving and evading targets with extreme accuracy at sniper ranges unachievable with traditional rounds," wrote DARPA program manager Jerome Dunn, who called the adaptation of the technology to a.50-caliber rifle a "breakthrough" which could open the door to "guided projectiles across all calibers."

The video of the EXACTO system shows several rounds by an experienced shooter and one by a novice, tracing the predicted and eventual path of the bullet as it adjusts towards the moving target — hitting it every time.

Do you ever get annoyed when #shooting at things that you have to bloody #aim? No longer. Hello self #guided #bullets pic.twitter.com/EqkggrDFXP

​The bullet has fins that move to adjust its path according to information received in the optical guidance system about the new location of the target.

The EXACTO program is entering its second phase of development, and DARPA says they hope it will increase accuracy for snipers since fewer rounds fired mean less risk of exposing soldiers' positions.