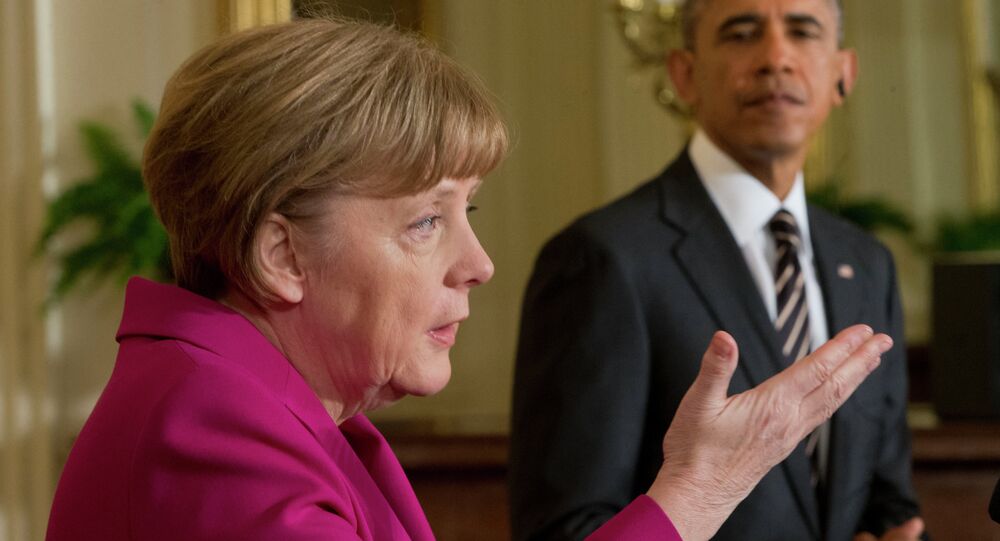 The decision by the United States to send 300 paratroopers into Ukraine may lead to a "dangerous" escalation in the conflict, which Germany's Chancellor Angela Merkel is being urged to stand firm on to ensure does not spiral out of control.

Around 300 paratroopers, from the 173rd Airborne Brigade, arrived at the International Peacekeeping and Security Center last week to begin a six-month training rotation with Ukrainian National Guard forces.

"We will be conducting classes on war-fighting functions, as well as training to sustain and increase the professionalism and proficiency of military staffs."

Under what is known as 'Operation Fearless Guardian', the US troops will begin training three battalions of Ukrainian troops during the six-month period.

Some of the US troops in #Ukraine to train soldiers pic.twitter.com/7PZ55wlBlr

However, commentators in Germany are urging Merkel — who has a close relationship with Russian President Vladimir Putin — to ensure the US intervention does not escalate the crisis in Ukraine.

Writing in Die Welt, Michael Stürmer said the issue depended on the definition of non-lethal assistance. "The path to the pre-war period was paved with misunderstandings.

"Today's conflict is, unlike the late stages of the Cold War, not a stable confrontation — and conflict management has not been rehearsed. This is not going to be over soon. There is too much distrust and deep conviction [on all sides in the Ukraine crisis]."

Stürmer said that putting in 300 US troops may look like a humanitarian gesture, but it could backfire and lead to an escalation of warfare.

MFA: US instructors are in #Ukraine in breach of Minsk accords, they will not bring peace pic.twitter.com/Z6QDBdRUd2

He recalled the words of the Prussian general and influential military theorist, Carl von Clausewitz, who said: "Kind-hearted people might of course think there was some ingenious way to disarm or defeat the enemy without too much bloodshed, and might imagine this is the true goal of the art of war. Pleasant as it sounds, it is a fallacy that must be exposed: War is such a dangerous business that mistakes that come from kindness are the very worst."

Stürmer urged Merkel to continue to press for peace via the Minsk agreement and pursue a diplomatic solution rather than a US-backed military one. "The Chancellor must stand firm: no weapons, no soldiers," he wrote.