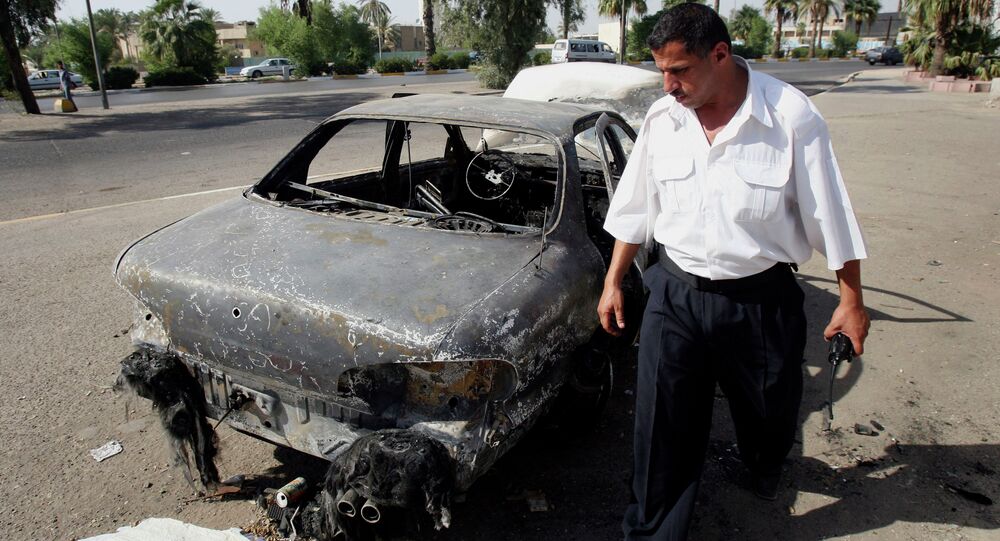 A US federal court judge denied a last-minute request Friday by four former Blackwater guards to delay their sentencing as they seek a new trial, citing new evidence.

The four had been convicted of the 2007 shooting deaths of more than a dozen Iraqi civilians, and are slated to be sentenced within days, but their defense says that a witness statement only recently disclosed reveals contradictions in the prosecution's case and should be grounds for a new trial.

Judge Royce Lamberth, however, ordered that sentencing proceed as scheduled in Washington on Monday and wrote that the defendants could file a motion for a new trial  "at a later date."

A US federal Jury convicted Paul Slough, Dustin Heard, and Evan Liberty of voluntary and attempted manslaughter in October, and Nicholas Slatten of first-degree murder. For the first three, prosecutors are seeking decades-long sentences and for Slatten, they're asking for life in prison.

"Defendants, who have been confined since the verdict, do not lightly seek delay, or seek delay for its own sake. But these issues deserve full consideration by the Court: it would be unfair to proceed to impose sentence and enter judgment when this new evidence, disclosed less than two days ago, leaves the trial result fundamentally in doubt," the former guards' defense lawyers wrote.

The witness statement at issue came from an Iraqi traffic policeman whose description of events leading up to the shooting Nisoor Square in downtown Baghdad was key to the conviction of the four guards. In his testimony, Sarhan Dheyab Abdul Monem painted a picture that supported the government's case that the shooting  - which killed 14 Iraqis and injured dozens more — was unprovoked and initiated by the guards.

But the defense has said that Monem's victim impact statement, received after conviction, contains clear contradictions within his own account of events, including his own actions and movements.

In testimony, the officer said that he had approached shooting victims in a white Kia. In his statement, defense lawyers say he describes being "unable to move or act" and staying in his booth.

"I feel guilty for not being able to help the doctor and his poor mother in the incident, I could not do anything," the defense lawyers quoted from Monem's statement.

Prosecutors responded that, after speaking with Monem on Friday, his account was "consistent with the accounts that he has given 11 times previously."  They noted that in his victim impact statement — which was given in Arabic and translated to English — Monem tried to express his emotions about the incident, including "imagining himself in the place of certain victims while they were being shot and killed."