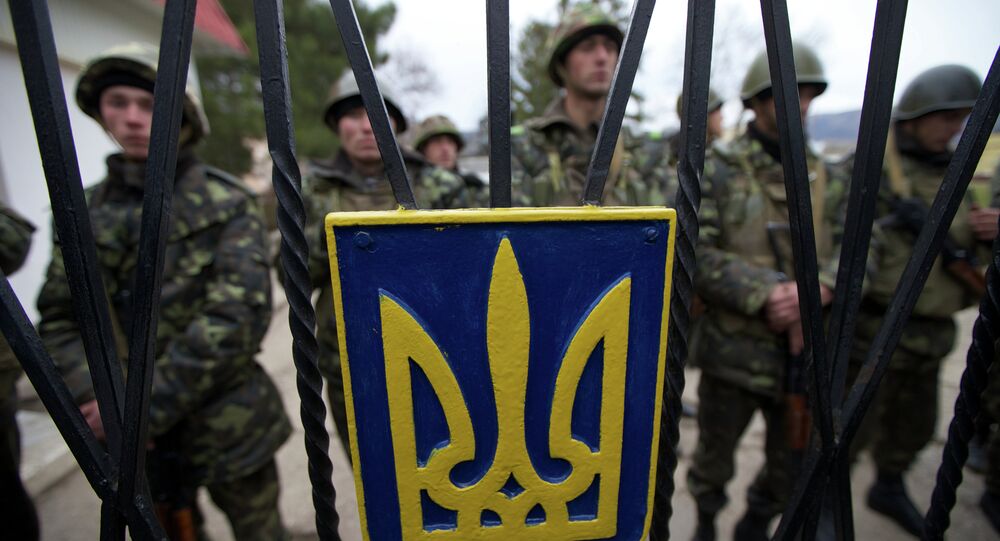 The resolution passed by the US House of Representatives on Monday favors the unlimited sale of weapons to Ukraine and would aggravate the ongoing conflict in that country, US Congressman Hank Johnson told Sputnik.

© AP Photo / Evgeniy Maloletka
US Policy on Ukraine Unchanged After House Resolution on Lethal Aid - Psaki
WASHINGTON (Sputnik) — Both the House and the Senate voted in December 2014 to authorize the President to provide up to $375 million in lethal aid to Ukraine. Obama signed the bill, but has not used the authorization to provide weapons to Ukraine. In recent statements, the White House said it is still looking at sending lethal aid as an option.

Johnson told Sputnik that he does support the provision of defensive military aid to Ukraine, and also agrees with the Obama administration’s approach to weapons sales to Ukraine.

“I’m not in favor of flooding Ukraine with offensive weaponry which would do nothing but stoke the flame of war over there,” Johnson said on Tuesday of the House Resolution calling on US President Barack Obama to provide lethal military aid to Ukraine.

© AP Photo / Efrem Lukatsky
US House Passes Resolution to Send Lethal Aid to Ukraine
An overwhelming majority in the House voted on Monday in favor of the resolution, calling on the President to provide Ukraine with military assistance to defend its sovereignty and territorial integrity.

Johnson, who serves on the US House Armed Services Committee, voted against the resolution.

“It states a principle that I am not in favor of,” he told Sputnik, namely providing military support which does not discriminate between offensive and defensive weapons.

“I viewed it as a call for the US to start flooding the Ukraine with weapons,” Johnson continued, adding that such measures would be destabilizing and “not helpful to bringing about a peaceful resolution.”

The resolution introduced and passed on Monday does not have legal authority to authorize any additional measures, but expresses the sentiment of the US Congress, according to official government documents.