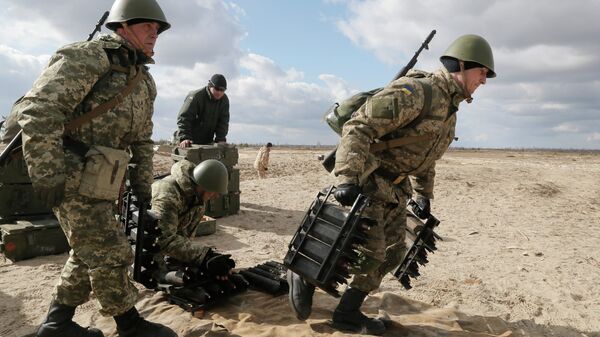 The US House of Representatives passed a resolution on Monday urging President Barack Obama to send lethal defensive assistance to Ukraine, according to a document published on the House website.

NATO Commander: Even Destabilizing Options Should Be Considered in Ukraine
WASHINGTON (Sputnik) — The final results released on Monday night showed that 348 lawmakers supported the Resolution to provide Ukraine with military assistance, 48 voted against and 36 abstained.

“Resolved, that the House of Representatives strongly urges the President to fully and immediately exercise the authorities provided by Congress to provide Ukraine with lethal defensive weapon systems to enhance the ability of the people of Ukraine to defend their sovereign territory from unprovoked and continuing aggression of the Russian Federation” the resolution stated.

The resolution was introduced by Eliot Engel, the US House Committee on Foreign Affairs Ranking Member.

The European Union and the United States have so far only pledged non-lethal aid and military training assistance to Ukraine.