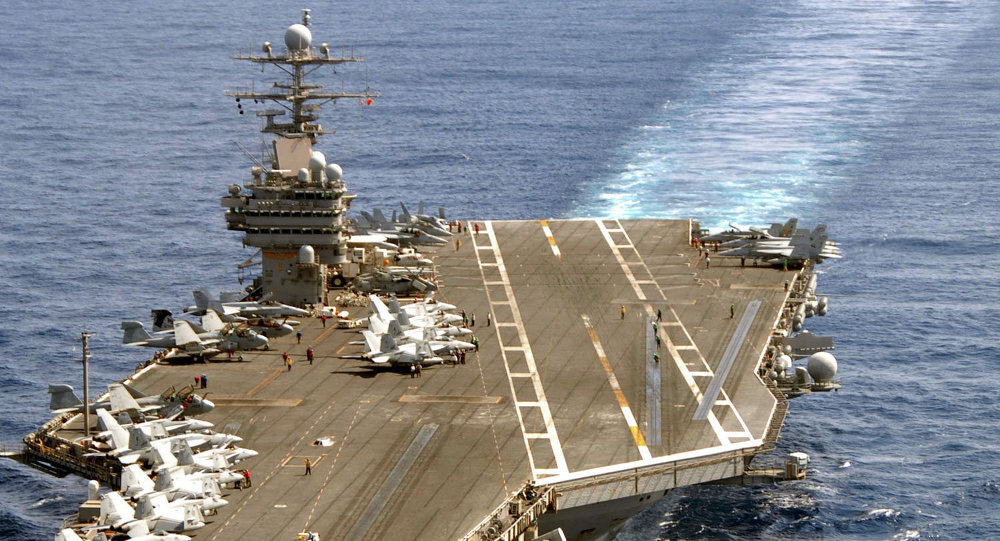 © Flickr / NASA Goddard Space Flight Center
US Navy Deploys Drones Under Arctic Ice, Competes With Russia for Waterways
WASHINGTON (Sputnik) — The United States’ Theodore Roosevelt Carrier Strike Group, complete with tactical airborne early warning aircraft, joined the US Navy’s Sixth Fleet in Europe as it embarks on an around-the-world deployment, the US Navy said in a statement on Monday.

“The strike group's various ships will work with allied and partner nations throughout Europe in order to continue building existing partnerships and improve war-fighting capability and interoperability,” the US Navy said.

The deployment in Europe will be the first time the E-2D Hawkeye, an early warning aircraft with advanced radar, will be tied to the USS Theodore Roosevelt.

Upon completing an around-the-world deployment, the Strike Group will be based in its new homeport of San Diego, California.

The US Sixth Fleet is based in Naples, Italy, and is responsible for operations concerning Europe and Africa.