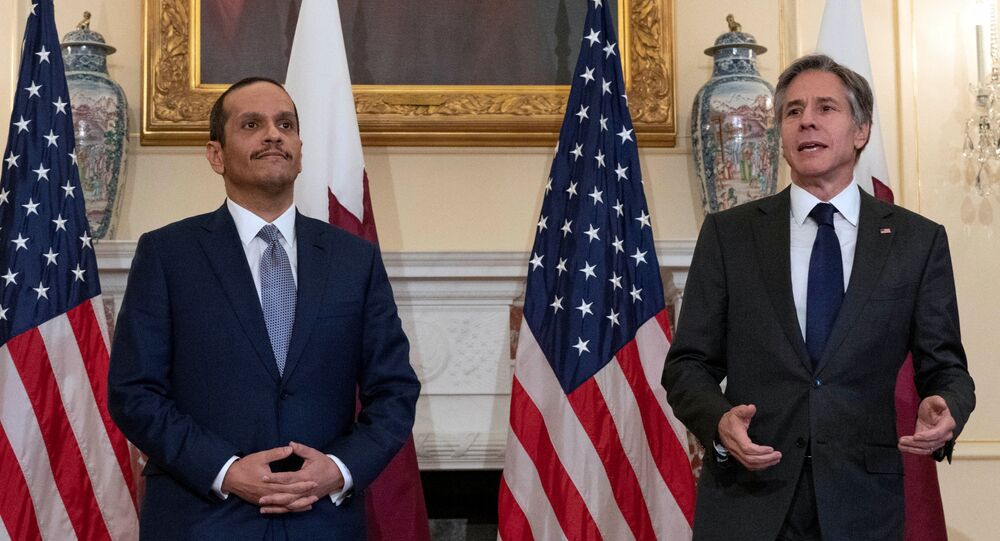 Blinken Says Qatar Vital US Partner in ‘So Many Different Areas’

WASHINGTON (Sputnik) - US Secretary of State Antony Blinken said prior to meeting with his Qatari counterpart Mohammed bin Abdulrahman Al-Thani that Qatar is a vital partner of the United States in various areas, including in Washington’s efforts to combat terrorism.

"Qatar is a vital partner for the United States in so many different areas," Blinken said on Thursday. "But beyond that really a partner in trying to advance peace, trying to advance progress in the region, and of course, to stand against terrorism, vital ally in the effort against ISIS (Islamic State terror group, banned in Russia), hosting intra-Afghan talks, and of course, working with us, working with Israel, Palestinians to support people in Gaza."

Earlier on Thursday, US media reported that the United States is readying to house up to 35,000 Afghan interpreters and their families at US bases in Kuwait and Qatar as part of an initiative to help those who risked their lives to help US forces during the war in Afghanistan.

The United States intends to construct temporary housing at Camp As Sayliyah in Qatar and Camp Buehring in Kuwait, the report said. The facilities will be designed to house the interpreters for a period of at least 18 months while they await approval of their Special Immigrant Visas to relocate to the United States.

The facilities are also being stocked with thousands of welcome packages containing health and comfort items, as well as meals that accommodate Muslim dietary requirements, the report added.