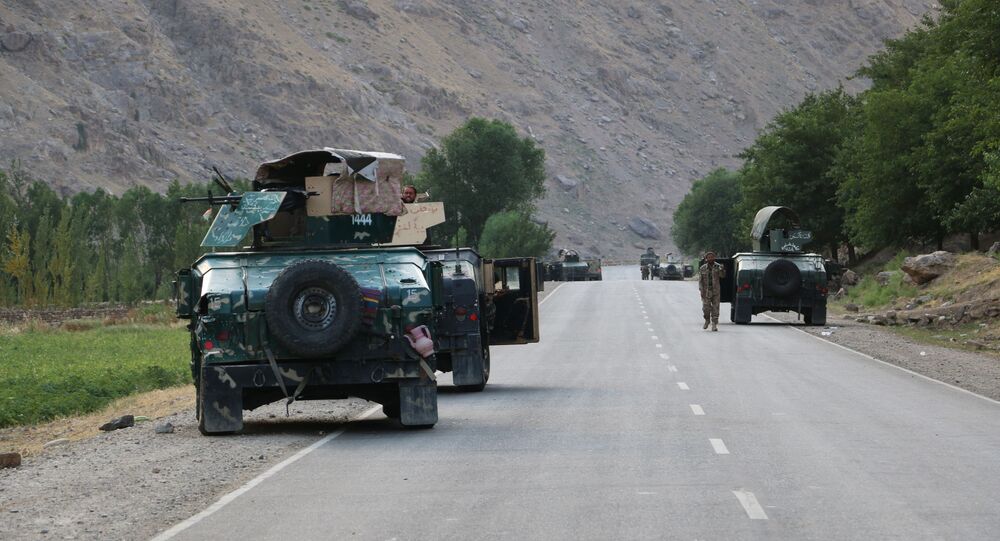 "Right now, 90 per cent of the Pak-Afghan border has been fenced," Iftikhar said in an interview with ARY News on Saturday, as quoted by the Dawn newspaper. He added that Pakistan is "very well prepared" and the current border security mechanism is "much better."

According to Iftikhar, Pakistan’s Interior Ministry is prepared for a possible influx of refugees from Afghanistan.

The foreign troops withdrawal from Afghanistan, almost complete on the American side ahead of the September 11 deadline, is widely feared to bring about a humanitarian crisis in the country and cause waves of refugees to flee to the neighboring states.

Tasnim Aslam, a former Pakistani Foreign Ministry spokeswoman, told Sputnik on Wednesday that Pakistan is concerned that extremists may hide among refugees coming from Afghanistan and spread uncontrollably across the region with migrant flows. She also said that the instability in the country will allow drug trafficking to flourish, as various groups inside Afghanistan will increasingly rely on the drug trade to fund their operations.

In view of this, Aslam urged regional partners to strengthen border protection, as, she added, under US "occupation," Afghanistan's drug production only increased.

Russian Foreign Minister Sergey Lavrov said on Wednesday that Russian President Vladimir Putin was in contact with the leaders of Central Asian countries on the rapidly deteriorating situation in Afghanistan.

The Taliban has been making significant territorial gains across Afghanistan, with at least three crossing points to neighboring Uzbekistan, Tajikistan and Iran falling to the militants. This has prompted many politicians and analysts to believe that the Afghan government will most likely fall to the Taliban in the next few months.

The twenty-year conflict is the longest war in American history and, as President Joe Biden stressed, he does not want "to send a third generation of American soldiers to fight there." The government in Kabul continues to fight, and many Afghans who have collaborated with the Western allies are being exfiltrated to the European Union.