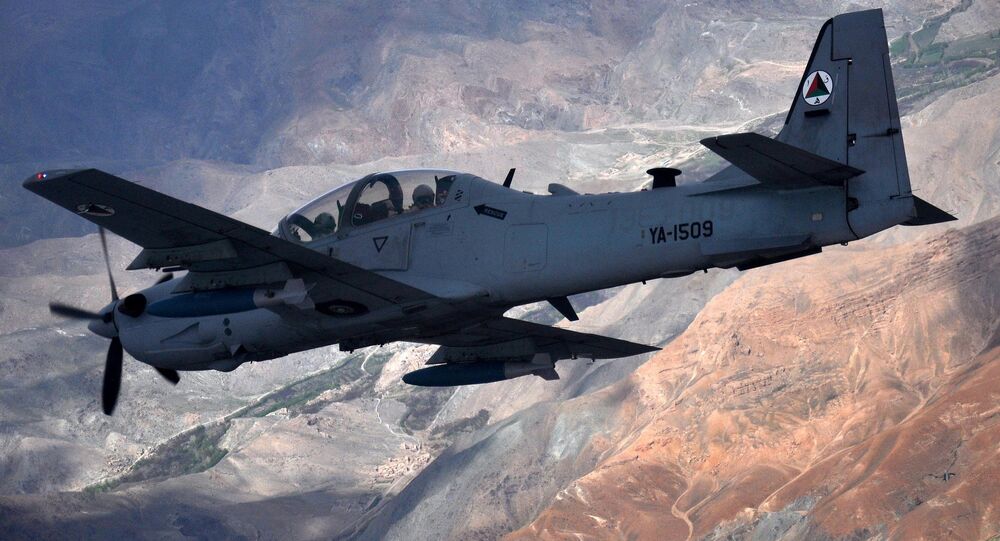 On Thursday, President Joe Biden vowed that the US forces will pull out from Afghanistan by 31 August, stressing that the takeover of the country by the Taliban group is not “inevitable”, given that the Afghan military is better equipped and trained.

As the US and NATO forces wrap up their withdrawal from Afghanistan, the Taliban* launched an effort to track down and assassinate Afghan Air Force pilots in an effort to undermine the government’s military, reported Reuters.

Taliban spokesman Zabihullah Mujahid was cited by the outlet as confirming on Friday that the campaign targets Afghan Air Force pilots “because all of them do bombardment against their people."

Zamaray is one of seven pilots that have been killed when off-duty in recent months, two senior Afghan government officials were cited as saying, while the Afghanistan's government has not publicly confirmed the numbers.

"Pilots are on top of the Taliban's hit list," an Afghan government official acknowledged.

Pentagon spokesperson Rob Lodewick said in a statement to The Hill on Friday that the US Defense Department was aware of several Taliban-claimed killings of Afghan pilots.

"We strongly condemn all targeted assassinations in Afghanistan. The US military has long acknowledged the threats faced by many Afghan military partners to include AAF pilots and we admire their resolve, steadfastness and devotion to duty on behalf of the people of Afghanistan," Lodewick said.

He added that the Pentagon intended "to work with the Afghan government, its Ministry of Defense and our sister US government agencies on programs and processes capable of protecting those facing significant risk.”

The deliberate killings of US- and NATO-trained Afghan military pilots by the Taliban group, which does not have an air force, is seen by American and Afghan officials as part of an effort to “level the playing field” with government forces amid foreign troop withdrawal.

The Taliban has been pressing ahead with a major ground offensive, seizing territory once controlled by the government of President Ashraf Ghani.

Currently the militant group claims to have control of 85 percent of Afghanistan as a complete withdrawal of US troops is expected to be completed by 31 August.

President Biden originally pushed to have all American soldiers out of Afghanistan by 11 September, the 20th anniversary of the 9/11 terrorist attacks.

Joe Biden on Thursday said that withdrawal had been accelerated because "military commanders advised me that once I made the decision to end the war, we needed to move swiftly to conduct the main elements of the drawdown”. “And in this context, speed is safety,” added the POTUS.

In the past week, the Taliban has made significant territorial gains in the northern part of the country, prompting hundreds of Afghan soldiers to flee to neighbouring countries. On 9 July, the group entered Kandahar, the second-largest city, and overall, the Taliban claimed to control over 170 Afghan districts out of nearly 400.

The Tajikistan government said it had taken in more than 1,000 Afghan civilians who had fled the violence between the Taliban and Afghan government forces.

In recent remarks from the White House, President Biden stated that it's "highly unlikely" that the Taliban would be overrunning the nation, even if the group appears to be "at its strongest" point since 2001. He added that he believed in the “capacity of the Afghan military" as "more competent in terms of conducting war" if need be.

However, Pentagon spokesperson John Kirby conceded in a Friday CNN interview that the current situation in Afghanistan was “deteriorating”. Speaking of the Taliban he said:

“We are seeing them continue to advance on district centres around the country, and it is concerning.”

*The Taliban is a terrorist group, banned in Russia.