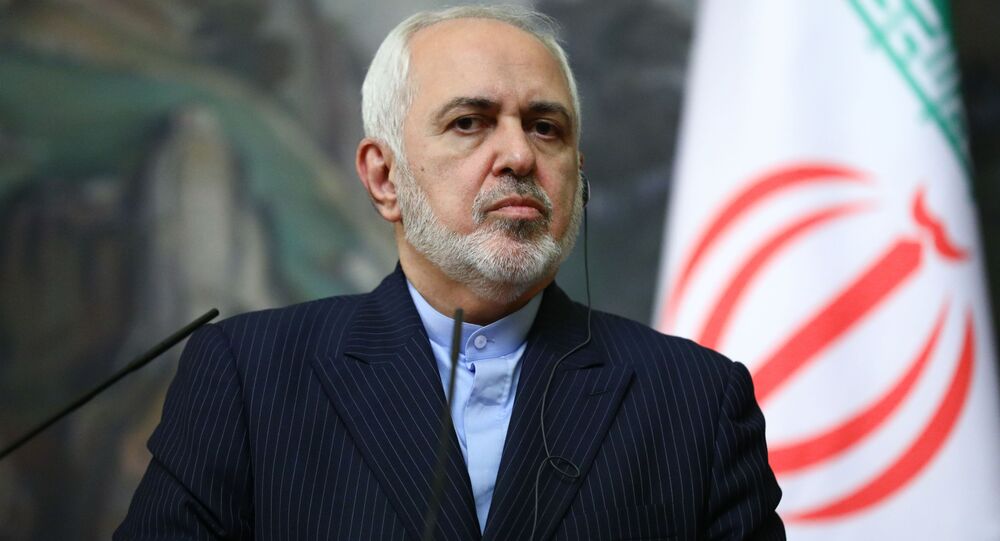 Iran and Saudi Arabia, which have postured as leaders of the world’s Shiite and Sunni Muslim communities, respectively, recently held a second round of negotiations in the Iraqi capital of Baghdad aimed at repairing their damaged relations, which have been broken since 2016. They come as Washington looks to change its Middle East policy.

"Good progress has been achieved in these talks ... In some cases, disputes may have complexities that take time to resolve," Iranian government spokesperson Ali Rabei told reporters at a Tuesday press conference in Tehran.

The talks have so far mostly focused on Yemen, in which Saudi Arabia and its allies, including the Yemeni government-in-exile, have been waging war against the Zaidi Shiite movement Ansarallah, also known as the Houthis, since 2015. Tehran has given its political support to the Houthis, but the extent to which it might have materially supported the movement has never been adequately demonstrated. Nearly half a million people have died in the war, mostly due to a Saudi blockade and the destruction of infrastructure.

“We still believe that dialogue, especially among the societies of the Muslim Ummah, is the only decent solution in resolving their differences,” Rabei said, using the Arabic word for the worldwide Muslim community.

“We understand that the differences in some cases might be complicated and settling them needs time,” he added.

Iran cut off relations with Riyadh in 2016 after the Saudis executed Sheikh Nimr al-Nimr, a prominent Shiite cleric and fierce critic of the Saudi government, which adheres to Sunni Wahhabism. Saudi Arabia’s Shiite minority is heavily oppressed and mostly live in Eastern Province, where Saudi military elements have been deployed against anti-government protests since the Arab Spring movement in 2011, in which al-Nimr was a leading figure.

The first round of negotiations began in May and were preceded by a secret meeting between Saudi intelligence chief Khalid al-Humaidan and Esmail Qa’ani, commander of the Islamic Revolutionary Guard Corps Quds Force the previous month. Qa’ani’s predecessor, Maj. Gen. Qasem Soleimani, was assassinated by the United States in January 2020 while reportedly pursuing similar high-level talks mediated by the Iraqi government.

Iraqi President Barham Salih has presented his country, which is just one of three nations with a Shiite majority - the other two are Iran and Azerbaijan - as well-situated to make peace between the two rivals.

"For Iraq to be able to play that convenient role between these regional actors is important,” Salih said after the first round of talks in May. “The theme is that a stable, sovereign Iraq is a common interest of our neighbors. Instead of Iran being a source of instability, let it be the common, binding theme for bringing the region together."

The talks are the first since Ebrahim Raisi, Iran's conservative chief justice, won presidential elections last month. He is due to take office in August. Raisi has said he supports mending ties with Riyadh, saying, "There are no obstacles from Iran's side to re-opening embassies... there are no obstacles to ties with Saudi Arabia."

"From our perspective, foreign policy in Iran is in any case run by the supreme leader and therefore we base our interactions and our approach to Iran on the reality on the ground, and that is what we will judge the new government on, regardless of who is in charge," Saudi Foreign Minister Prince Faisal bin Farhan Al Saud said on June 22.

Iran isn’t the only country Riyadh has sought to patch up relations with: in January, Saudi Arabia and four of its regional allies agreed to end the blockade against Qatar, which was imposed in 2017. The quintet had accused Doha of simultaneously supporting the Sunni Muslim Brotherhood, which both Riyadh and Cairo consider a terrorist organization, as well as of being too close to Iran. Qatar and Iran share a massive offshore oil field in the Persian Gulf, but the kingdom also hosts the forward headquarters of US Central Command, meaning its relationship with Tehran has strict limits.

However, the talks have also come as several Gulf nations made peace with Israel last year, which both Iran and Saudi Arabia refuse to recognize, but with which the Saudis have long maintained an informal relationship. Bahrain and the United Arab Emirates both took part in the US-coordinated Abraham Accords, which Sudan and Morocco also later joined, drawing condemnation from other Muslim nations.

The talks have come in the wake of a change of administration in Washington, where US President Joe Biden has begun to plot a different course for regional policy than that of his predecessor, Donald Trump, who was strongly supportive of Saudi Arabia and initiated a “maximum pressure” campaign against Iran after torpedoing a 2015 peace deal.

Biden has restarted negotiations on returning to that deal, the Joint Comprehensive Plan of Action, which lowered sanctions against Iran in exchange for Iran accepting tight restrictions on its nuclear program that prevented it from obtaining a nuclear weapon. Iran denies it aims for a weapon, but has stepped back from its commitments under the peace deal after the US reimposed sanctions strangling its economy.

On the other side, Biden has condemned Riyadh’s war in Yemen - although he stopped short of ending support for the Saudi military, a major US partner - and his administration has declassified intelligence reports on the 2018 assassination of Saudi dissident journalist Jamal Khashoggi that point the finger at Saudi Crown Prince Mohammad bin Salman, who has denied any direct involvement in the murder. However, Biden’s administration has also condemned Houthi attacks into Saudi Arabia, which have targeted Saudi military and petroleum infrastructure.

Biden has also pulled some troops out of Saudi Arabia and is overseeing the final withdrawal of US troops from Afghanistan as part of a peace deal with the Taliban arrived at by the Trump administration.

The withdrawals are part of a larger shift in Pentagon strategy aimed at “inter-state strategic competition” with Russia and China, although in that policy, Iran remains an important but secondary focus.

Attack on 'Israeli-Owned' Cargo Ship Reported to Be Iran's 'Miscalculation'