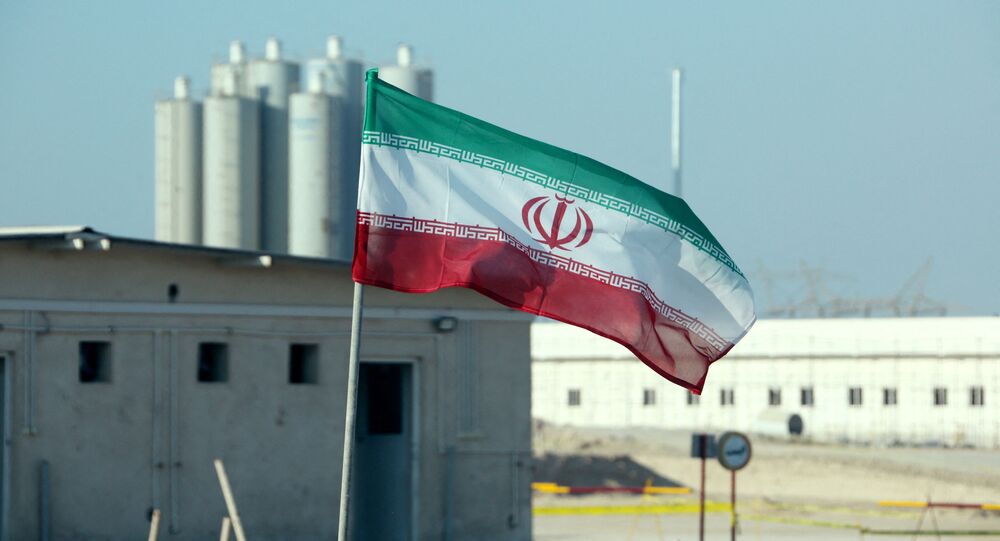 On Saturday, Iran's Interior Ministry declared Ebrahim Raisi the winner of the nation's presidential elections. The top judge, who is known for his ultraconservative views, received almost 62 percent of the vote amid the country's lowest voter turnout (48.8 percent).

Israeli officials have warned that Ebrahim Raisi's victory in the Iranian presidential elections gives them "no choice" but to attack Iran's nuclear programme, Israel's Channel 12 has reported, citing a senior government source. "[The attack] will require budgets and the reallocation of resources", the source told the TV channel, adding that Israeli security officials believe Raisi will adopt hardline views on foreign and nuclear policy pushed by Iran's Supreme Leader Ayatollah Ali Khamenei.

Earlier, Israel said the international community should have grave concerns about Ebrahim Raisi becoming president of Iran. Several high-ranking Israeli officials have harshly criticised the president-elect, with the country's Foreign Minister Yair Lapid describing Raisi as an "extremist responsible for the deaths of thousands of Iranians".

"His election should prompt renewed determination to immediately halt Iran's nuclear program and put an end to its destructive regional ambitions", Lapid wrote in a statement on Twitter.

Israel and Iran have had a tense relationship since the 1979 Islamic Revolution in Tehran. At the time, Supreme Leader Ayatollah Khomeini adopted a sharp anti-Israel stance and cut off all ties with its neighbour. Over the years, both sides have engaged in tit-for-tat actions, but avoided a direct military conflict.

Relations between the two sides have further deteriorated due to Iran's nuclear programme, which Israel deems as an existential threat. In 2015, Iran, Britain, China, France, Germany, Russia, and the United States signed the Joint Comprehensive Plan of Action (JCPOA), commonly known as the Iran nuclear deal. Under the agreement, the Islamic Republic curbed its nuclear programme in exchange for the lifting of economic sanctions and an arms embargo.

© REUTERS / WANA NEWS AGENCY
Who is Iran's New President and What Can Be Expected of Him Both Domestically and Globally?

Israel strongly opposed the JCPOA, with the country's former Prime Minister Benjamin Netanyahu arguing that the deal "doesn't block Iran's path" to [developing a nuclear] bomb, but instead paves Iran's path to it.

Donald Trump, who was inaugurated president of the United States in 2017, harshly criticised the deal too and in 2018 withdrew the nation from the accord despite warnings and criticism from other signatories. Upon taking office, new US President Joe Biden voiced his intention to re-enter the JCPOA.

The Israeli media has since reported that the chief of the Israeli Defence Forces will head the country's delegation to Washington, where it will discuss the Iran nuclear deal. Earlier this week, Israel's Defence Minister Benny Gantz warned that "all options are on the table" regarding Tel Aviv's attempts to prevent Iran from developing a nuclear weapon. Tehran has long insisted that its nuclear programme is intended for peaceful purposes only.

It is believed that Israel itself possesses nuclear weapons, but the country maintains a policy of ambiguity, neither admitting nor denying to being a nuclear state, something Tehran has long drawn attention to.