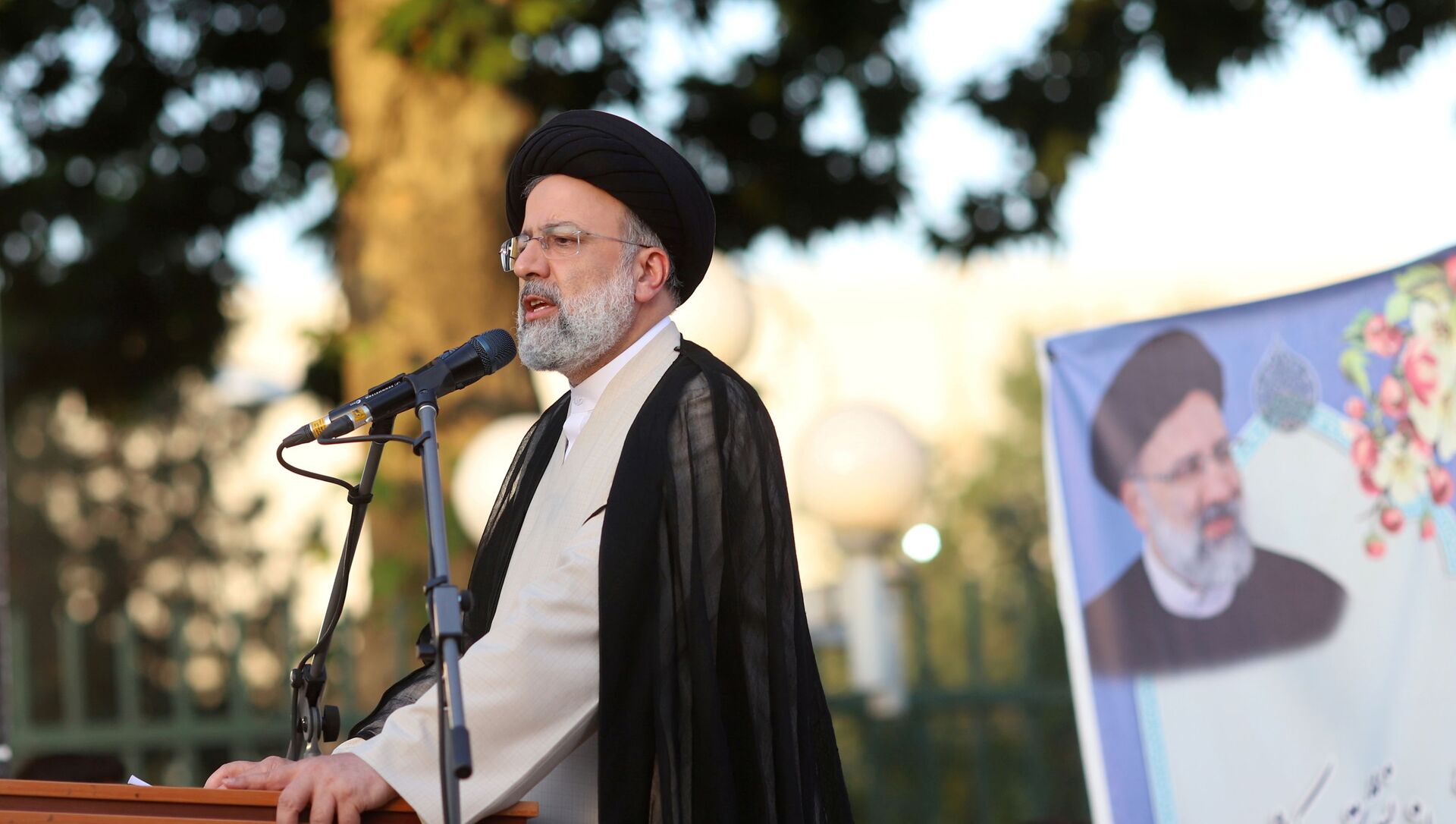 Tim Korso
All materials
The presidential election in Iran took place as the country is engaged in resolving several outstanding issues. Tehran is namely involved in diplomatic talks regarding the restoration of the nuclear deal and relations with its regional neighbour Saudi Arabia.

Iran's top judge, 60-year-old Chief Justice Ebrahim Raisi, has secured a majority of the votes in yesterday's presidential election, allowing him to assume the second-highest post in the country starting on 3 August. Ebrahim Raisi is widely considered to be a hardliner when it comes to relations with Western countries. However, despite this, and despite Western accusations of human rights violations by Raisi, the West might still have a shot at reaching some agreements with Tehran, especially on the nuclear accord.

Ebrahim Raisi might help Iran resolve the economic woes it has been experiencing in recent years, including by negotiating the removal of sanctions - here is why:

Judge With Ties to Clergy (and Supreme Leader)

Ebrahim Raisi spent most of his career in Iran's judiciary and currently holds the top office in this branch of power. He is deemed ultraconservative when it comes to Islamic Law and is believed to have close ties with the Iranian clergy. Furthermore, foreign media outlets claim that he enjoys support from Supreme Leader Ayatollah Khamenei and might even take on his mantle after the latter passes away. In this light, his victory in the presidential election may be seen as a step on this path, since the current supreme leader was also the Iranian president for two terms.

However, Raisi's competence is not limited only to the judicial sphere and having connections in high places. In 2016, he was appointed to lead the Astan Quds Razavi foundation – a charity and holding company that manages a wide array of business in Iran and plays both a significant economic and political role in the country. Being a conservative, Raisi will likely promote the concept of state-led economic development in the nation, while refusing to make it more open to foreign investments, after the latter fled at the first sight of American sanctions in 2018.

The new president is also likely to take on a more conservative approach, when it comes to social and political freedoms, Dr Alam Saleh, a lecturer in Iranian studies at the Australian National University, suggests.

In addition, the president-elect has gone down in history as a chief justice who dedicated his work to fighting corruption in the government, although accounts of his effectiveness vary. He also made an electoral pledge to continue this line of work in his new capacity as president.

Hardliner Against the West and Sanctioned Politician

Western countries will likely be those with the hardest time communicating with Raisi for several reasons. The chief justice is a hardline opponent of the West and Western policies.

Raisi is also subject to sanctions that were introduced by the US in 2019 over his support of Supreme Leader Ayatollah Khamenei - which may complicate the West's attempts to negotiate with him. At the same time, the chief justice is facing accusations of being part of a four-man "death committee" that allegedly ordered the execution of thousands of prisoners in Iran in 1988, mostly members of the People's Mujahedin of Iran.

The latter is a political and militant organisation that wants to overthrow Ayatollah Khamenei, but several human rights organisations and Western governments, namely in Canada and Italy, claim that Tehran arrested and killed thousands of its members as political opponents. Iran strongly denies ordering such killings in 1988.

It is unclear whether these accusations will affect relations between Iran and the West. However, after the US slapped Tehran with sanctions, the latter is likely to turn its foreign policy focus away from the West and towards the East, Dr Alam Saleh believes.

"Raisi's election is the result of Western pressure on Iran, undermining its security […] especially in the aftermath of the withdrawal of President Trump from the nuclear deal. [The 2018 withdrawal has] damaged Iran's confidence in relying on or trusting the West anymore […] We will see a closer relationship and heavier reliance on Russia and China for many years to come", Saleh says.

The election of the chief justice as the next president could also influence the way Iran behaves in the region, Dr Saleh continues. He notes that since Iran's trust in the West, and especially the US, has been undermined and Washington has started to reduce its involvement in the region, Tehran may feel that it is "in a more comfortable position" and challenge Western interests in the Middle East in the coming years.

One of the most acute questions about Iran's future foreign policy relates to the ongoing negotiations on restoring the Iran nuclear deal. While Tehran reported that some progress had been achieved in recent talks in Geneva, the US and Iran are yet to agree on the terms of returning to the accord. Although the election of an anti-Western hardliner might have jeopardised these plans, Ebrahim Raisi may still agree to renew the deal.

He has called for the lifting of American sanctions in the past, and the nuclear deal currently appears to be the only way of achieving this. In addition, Iran's supreme leader has also backed the idea of restoring the accord, despite the scepticism he previously had towards the agreement back in 2015.

A restored accord, however, will look different from the original 2015 document backed by the UN Security Council, Dr Alam Saleh stresses. He elaborates that Iran no longer trusts the West and thus will not agree to the previous terms while being governed by a hardliner.