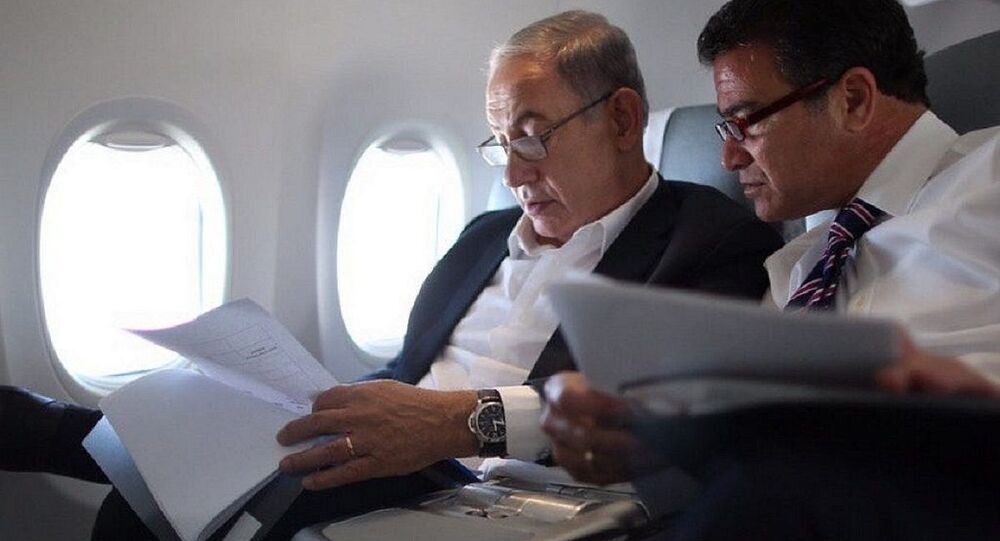 The long-serving Israeli prime minister’s tenure came to an end on 13 June, after opposition leaders Yair Lapid and Naftali Bennett put together a broad coalition government. Along with his political defeat, Netanyahu is being tried for alleged breach of trust, bribery, fraud in the wake of three separate police investigations.

Benjamin Netanyahu ordered the shredding of documents in his safe on Sunday, just before Naftali Bennett took over the job of prime minister, Haaretz reports, citing unnamed staffers.

The Israeli outlet says it remains unclear how many documents were destroyed, or what information they may have contained.

A spokesman for the Likud leader forcefully denied the allegations, calling the report a “total lie” and suggesting that “no such thing ever happened”.

The prime minister’s office, now headed by Bennett, said it was “unfamiliar with this issue” but promised to “examine the details”.

If verified, the destruction of documents from the prime minister’s office could be deemed a violation of Israeli law, which mandates that papers on ex-prime ministers’ affairs be properly labelled and transferred to an archive for filing so that the next prime minister and his senior officials can theoretically access them.

The documents in question were said to have been contained in “the aquarium”, the name for a special, sterile area of the PM’s office where office schedules, papers on day-to-day operations and other potentially sensitive materials are stored.

Gilad Kariv, a member of the Knesset from Israel’s Labour Party, which is part of the new government, has called on the Attorney General’s office to order an investigation into the alleged shredding of documents, and to force other outgoing Netanyahu officials to hand over papers relating to their former jobs to their successors.

© AFP 2021 / DEBBIE HILL
Israel 'Abandoned' Global Arena Under Netanyahu, Says New Foreign Minister Vowing to Restore Ties
Asked to comment on the alleged destruction of the documents, former Prime Minister Ehud Olmert characterised the potential development as highly improper. “I haven’t shredded even a single note at the end of my tenure. I can’t recall any document we shredded at the Prime Minister’s Office…We didn’t even consider touching anything.”

Pressure on Bennett to Get Bibi’s Docs

Some Israeli politicians now part of the new government, as well as activists opposed to Netanyahu, had previously sought to force the public release of documents from Netanyahu’s office. On Wednesday, Defence Minister Benny Gantz, the Blue and White leader who co-led a short-lived coalition government with Netanyahu and the Likud, called on Bennett to push for a change in regulations to allow for the minutes of classified coronavirus-related cabinet meetings to be released publicly.

Separately, the Movement for Freedom of Information, a local NGO, has sought to lobby Bennett to make the papers available.

Netanyahu formally handed the prime minister’s office to Bennett on Monday in a short meeting behind closed doors, without the handshake, photo, or public ceremony of the kind that traditionally takes place during a handover of power. Sources close to the incumbent prime minister have told Israeli media that Netanyahu did not allow his staff to hold transition meetings before the handover.

The former prime minister was indicted on counts of corruption, bribery, fraud and breach of trust in three separate cases in late 2019, but the coronavirus pandemic was used as a pretext to delay his trial, which finally began this spring. Netanyahu denies all charges against him, suggesting they are politically-motivated smears by his opponents. Investigations by Israeli media recently offered hints on the extent of the alleged corruption, accusing Netanyahu, his son Yair, and former Mossad chief Yossi Cohen of spending years manipulating James Packer, a troubled Australian billionaire who suffers from bipolar disorder, for economic gain in exchange for assistance in setting up shop in Israel.