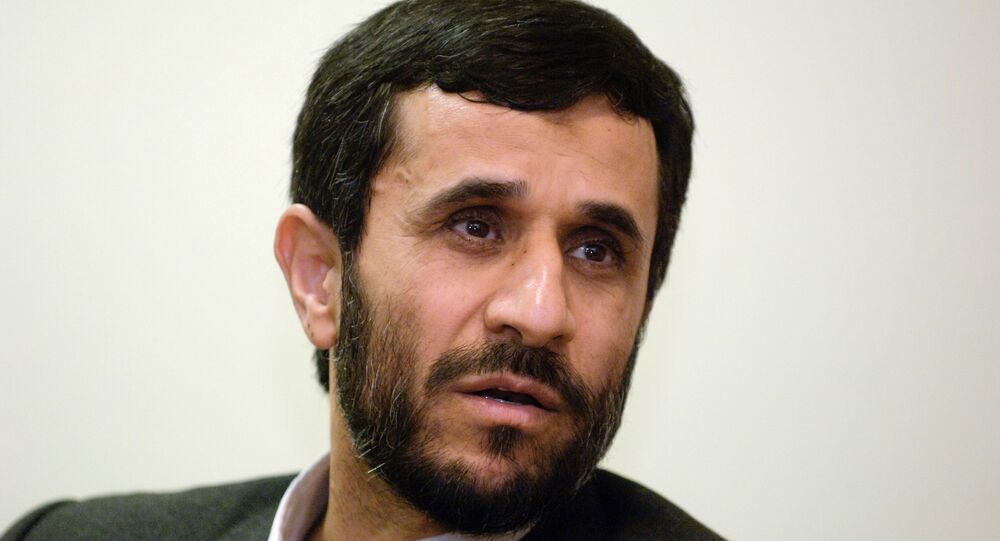 Iran's Ex-President Ahmadinejad: Tehran Needs to Solve Problems Together With US on Equal Footing

MOSCOW (Sputnik) - Ex-Iranian President Mahmoud Ahmadinejad told Sputnik that Tehran was willing to cooperate with the United States, but only on equal terms.

"The world is full of opportunities, there are many countries that are willing to cooperate regardless of the policy of domination. I am not saying that problems with the United States should not be resolved. This needs to be done solely within the framework of justice, respect and international norms, and not unilaterally from the position of the weak side", Ahmadinejad said.

Iran can make sanctions imposed on it ineffective by utilising its human, economic and natural resources, the former president believes.

"Iran is a large country with enormous human, economic and natural resources. If we use them, sanctions will become an ineffective tool, the situation will change", Ahmadinejad said.

Back in 2012, US President Barack Obama issued sanctions targeting Iranian financial institutions designed to effectively choke off the sale of Iranian oil. Obama also lifted those sanctions in 2016 after Iran signed a nuclear deal with the United States and other world powers, pledging not to make atomic weapons.

Obama’s successor Donald Trump, however, canceled that nuclear deal in 2018 and put new, intensified sanctions on Iran. President Joe Biden, after entering office in January this year, had allowed negotiations to begin on a fresh nuclear deal with Iran. The Biden administration is also not enforcing sanctions against Iran as strenuously as the Trump administration.

He also told Sputnik that the revival of the Joint Comprehensive Plan of Action was almost impossible.

"It is an imperfect agreement ... Reviving the nuclear deal is a very difficult task, and I think it is impossible. If the negotiations do not take place within a new framework based on justice, respect for the rights of the Iranian people and parties, and the obligation not to interfere in each other's affairs, then this is possible. But considering how everything is happening right now, I think nothing special will happen", he said.

Touching on the presidential election in Iran, which saw Ebrahim Raisi becoming the next president, Ahmadinejad said that the election outcome will bring big changes and reforms, but it does not look like there will be big changes in foreign policy in the short term.

The Iranian presidential election took place on Friday. According to the preliminary official results, top judge Raisi is in the lead with over 62% of the vote or 17.8 million out of 28.6 million valid votes. All his competitors have already recognised Raisi's victory.

Also on Friday, the Axios news portal reported that US President Joe Biden wanted the Iran nuclear agreement revived before a new president assumes power in six weeks. The Biden administration is concerned that it will become more difficult to finalise the deal negotiations before a new government comes to power in Tehran in August.