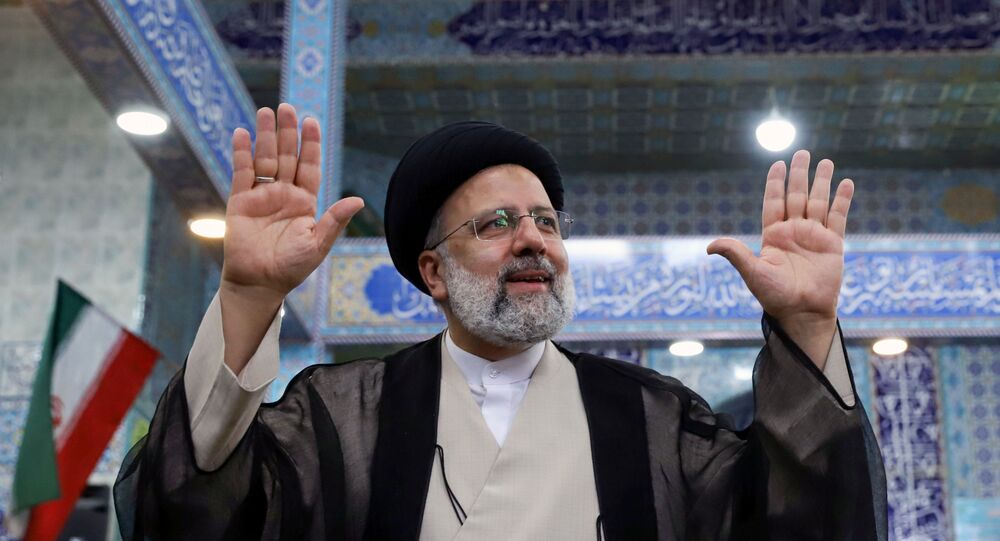 Voter turnout was 48.8 percent of the more than 59 million eligible voters, according to the Interior Ministry, and Raisi managed to get 17.9 million votes.

"Ibrahim Raisi obtained 17,926,345 votes, becoming the head of the executive branch and the president of Iran", head of the Interior Ministry Abdolreza Rahmani Fazli said.

The top judge is followed by Mohsen Rezaee, the head of Iran's Expediency Discernment Council, with 3,412,712 votes; Central Bank chief Abdolnaser Hemmati with 2,427,201 votes; and lawmaker Amir-Hossein Ghazizadeh Hashemi, who got 992,718 votes.

© REUTERS / TIMA
A supporter of Iranian presidential candidate Ebrahim Raisi kisses his poster during a campaign rally in Tehran, Iran, 17 May 2017.

Outgoing Iranian President Hassan Rouhani has congratulated his successor on winning the elections during the in-person meeting, Rouhani's spokesman said on Saturday.

"Congratulations to the people's elect. Since it has not yet been officially announced, I will postpone the official salutes a little, taking into account the law. It is clear who received the required number of votes", Rouhani said earlier in the day, expressing hope that in 45 days the winner will take up their presidential duties.

A dozen candidates had registered to run in the vote, and seven of them were later approved by Iran's Guardian Council. President Rouhani was not eligible to join the race as he has already served two terms in office.

Raisi, who was Rouhani's opponent during the previous election in 2017, repeatedly accused the incumbent president of being too soft on the US amid the political standoff between Washington and Tehran. However, the justice also expressed support for the 2015 Joint Comprehensive Plan of Action (JCPOA), given that Iran’s interests are not violated by the deal.