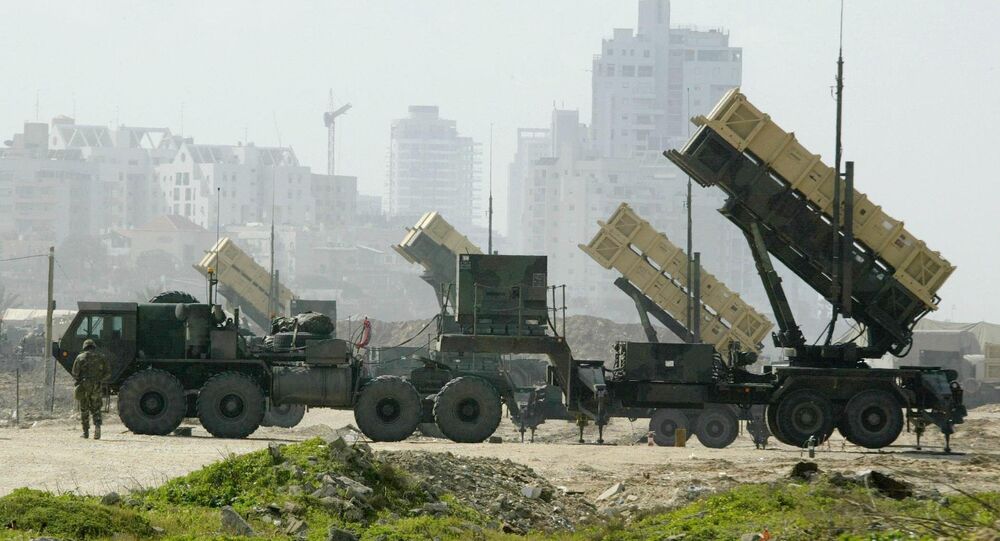 Just weeks ago, the Saudi government asked the US to help defend them against the Houthis or a potential attack by Iran; now the Pentagon has said the Saudis are capable of shouldering most of their defensive needs in their war in Yemen.

The US has already begun withdrawing some of its air defense forces from several Middle Eastern countries as it shifts them back to the US for maintenance, according to a Friday report by the Wall Street Journal (WSJ).

In all, the withdrawal amounts to hundreds of troops who crew and maintain the batteries, which for Patriots can include a radar, engagement control station, antenna mast group, electric power plant, and up to 16 separate missile launchers. For THAAD, each battery includes two mobile tactical operations centers, a powerful ground-based radar, and at least six missile launch systems.

Movement of the air defense sets was reportedly being considered in April, with the WSJ noting at the time that the Pentagon hoped to convince the Saudis to assume more responsibility for their own defense.

© AP Photo / Amr Nabil
In this Sept. 18, 2019 file photo, the Saudi military displays what they say are an Iranian cruise missile and drones used in recent attacks on its oil industry at Saudi Aramco's facilities in Abqaiq and Khurais, during a press conference in Riyadh, Saudi Arabia.

A senior defense official said on Friday that the pullout returns the US to a more typical deployment in the region after years of tensions with Iran stoked by the Trump administration and a raging war in Yemen by the Saudis and their allies. While Riyadh’s war against the rebel Houthi movement in Yemen continues, in recent weeks significant progress has been made by the Biden administration in negotiations to return to the 2015 Joint Comprehensive Plan of Action (JCPOA), a deal with Iran and six other nations.

The deal required Iran to give up its nuclear program in exchange for the lowering of international sanctions against its economy; then-US President Donald Trump unilaterally withdrew from the agreement in 2018, claiming that Iran was secretly violating it, and he reimposed the sanctions and forced US allies to respect them. In response, Iran began to back away from the treaty’s limitations, increasing the quality and quantity of uranium it was refining.

In Iran, presidential elections were held on Friday in which President Hassan Rouhani, the leader who signed the JCPOA with Germany, the EU, and the UN Security Council permanent members, was no longer eligible to run. The man projected to win, Ebrahim Raisi, Iran’s chief justice, is a conservative seen as closer to Ayatollah Khamenei than Rouhani, a moderate. Biden said Friday he wants the JCPOA to be back in operation before Raisi takes office in six weeks’ time.

However, the withdrawal stands at odds with comments made just weeks ago by US Marine Corps Gen. Kenneth F. McKenzie Jr., the head of US Central Command.

McKenzie told members of the press in Riyadh on May 23 that the Saudis “want reassurance that they're going to be helped if they're attacked by Iran, and they want help against the continuing attacks … They're under constant bombardment from Yemen, with a variety of ballistic missiles, cruise missiles and small UAS (unmanned aerial systems) they're very concerned about.”

"I believe our posture in the theater has prevented a state on state attack from Iran," the CENTCOM chief added.

However, tens of thousands of US troops will remain in the region, including at least 2,500 in Iraq after Baghdad and Washington agreed to halve the US presence, although no definitive date for reaching that number has been reached.

The shifts are part of a larger redeployment plan involving thousands of US troops around the globe as the Pentagon shifts away from the War on Terror that governed its strategic thinking for nearly 20 years and toward what it calls “great power confrontation” with Russia and China. It’s unclear where the Patriots and THAAD will be sent once they’re repaired.