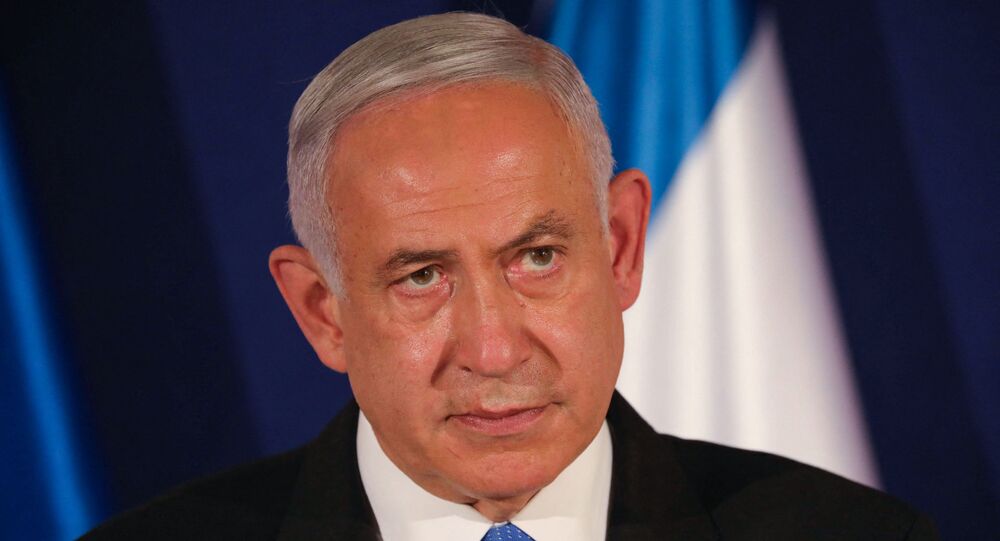 The Israeli prime minister’s record-setting 12-year time in the office, having made it through numerous scandals, attacks by Hamas, and the 2020 pandemic, could abruptly end on 13 June if a new broad coalition government succeeds in winning a vote of confidence in the Knesset.

Israeli Prime Minister Benjamin Netanyahu may be planning to make a final effort to stay in power by trying to thwart an attempt by the opposition to build a broad coalition. It appears that he has already begun the effort by harshly criticising the right-leaning parties Yamina and New Hope - Unity for Israel for teaming up with left-wing parties to form a coalition government.

Netanyahu called on the two parties' lawmakers to vote against the coalition on 13 June, when the potential new Cabinet will be seeking a vote of confidence.

The opposition has managed to assemble a thin majority of 61 seats out of 120, which means any defectors within the parties might ruin their hopes of ousting Netanyahu. The latter has stayed afloat and at the head of the government longer than any other Israeli prime minister, despite facing several corruption cases in court.

Even though Netanyahu's Likud party has vowed to ensure a peaceful transition of power (disregarding its leader's claims of election fraud) in the event that a new coalition government is formed, this does not necessarily mean that the prime minister is not going to pull a last-minute trick to try to prevent a new Cabinet from forming. After all, if Yamina's Naftali Bennett and his new coalition partners fail to secure a majority in the vote of confidence on Sunday, Netanyahu will be able to stay on as a caretaker prime minister until the next general election.

Before the Knesset speaker (a member of Netanyahu's party) orders the confidence vote, the lawmakers will have to hold lengthy debates regarding the coalition. This is where Bennett and his allies are likely to face two major obstacles.

First, their coalition is very broad. In fact, it is the most diverse in Israel's history, encompassing right and left-leaning parties, as well as centrists and the conservative Arab party Ra’am. So it will come as no surprise that members of the coalition, primarily united by the goal of ousting Netanyahu, might have a lot of disagreements regarding how the government should work and what policies it ought to pursue.

The second possible obstacle is Netanyahu's own effort to sow discord in the opposition coalition. He has already started complaining to right-wing lawmakers to get them to withdraw support from the planned Cabinet and it is possible that he will continue with this tactic during the debates in the Knesset.

At the same time, projected future Prime Minister Naftali Bennett is also working to keep the coalition and his own Yamina party's members united. He has called out Netanyahu's attempts to divide the parties in the coalition and criticised the prime minister for clinging to power.

"This is not a catastrophe, this is not a disaster. It is a change of government. An ordinary and usual event in any democratic country", he said.

He went on to accuse Netanyahu of trying to secure "a monopoly on power", pointing out that Israel is not a monarchy. He urged the prime minister to let go of the situation and not resort to "scorched earth" tactics.

Yariv Levin: Knesset to Vote on New Government on 13 June