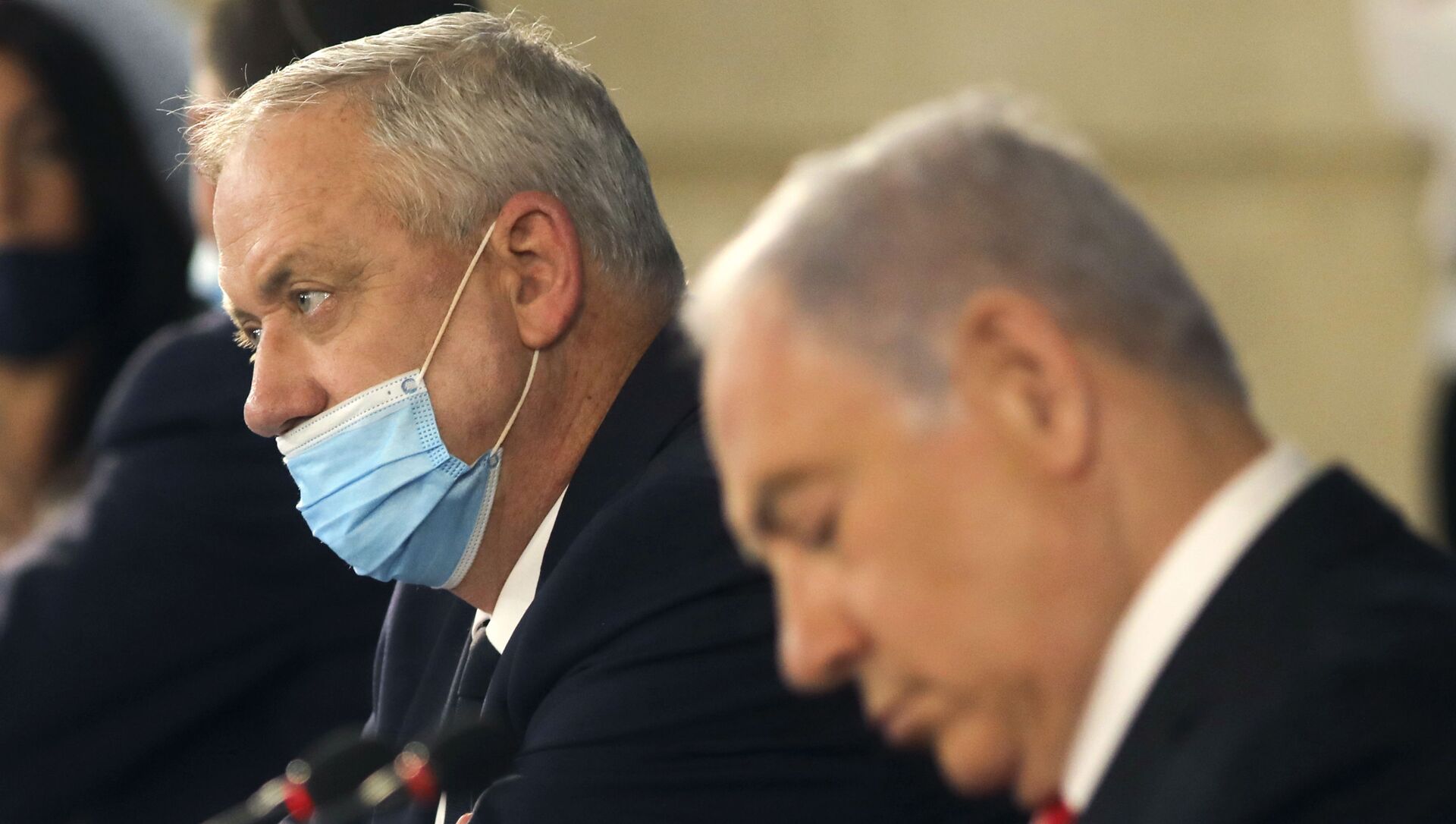 Morgan Artyukhina
All materialsWrite to the author
As the eight parties forming Yair Lapid’s coalition to unseat him finalized the terms of their alliance, Israeli Prime Minister Benjamin Netanyahu has made one final, desperate bid to stay in power: offering his defense minister, Benny Gantz, the prime minister’s seat for three years.

According to Israel’s Channel 12 television network, the Likud chairman has made Gantz multiple offers in an attempt to preserve their crumbling coalition, all of which Gantz’s Blue and White party have rejected.

The most recent of these, made on Friday morning, was for Netanyahu to immediately step down and give Gantz the office he ran against Netanyahu to win: the prime ministership.

However, according to the Times of Israel, Netnayahu is widely seen as having cancelled Likud’s alliance with Blue and White late last year, in order to avoid handing his office over to Gantz, as the terms of their deal had laid out.

Instead of taking Netanyahu’s offer, though, on Friday Gantz went to Lapid, head of Yesh Atid and the man tapped by Israeli President Reuven Rivlin to form a new government, after Netanyahu failed to finalize the terms of their new alliance.

The coalition, which just barely forms a majority in the Knesset, includes eight parties spanning the length of Israeli politics, from the right-wing and religious Yisrael Beytenu and nationalist Yamina, the latter headed by Netanyahu’s soon-to-be replacement, Naftali Bennett; to the social democratic Labor and Meretz parties; the centrist Yesh Atid, Blue and White and New Hope parties; and the conservative Arab party Ra’am.

Under the terms of their deal, Gantz will retain his post as Defense Minister and push forward several areas of his own concern, such as reforming the national conscription system.

Netanyahu has raised dire warnings about the Lapid coalition, calling it a “dangerous left-wing government,” prompting some of the right-wing members of the group to fire back, urging the 12-year prime minister to accept that governments come and go.

“Let go,” Bennett told Netanyahu on Wednesday. “Let the country move forward. People are allowed to vote for a government even if you do not lead it - a government that, by the way, is 10 degrees to the right of the current one.”

Netanyahu has pledged to fight the new government as the opposition in the Knesset.