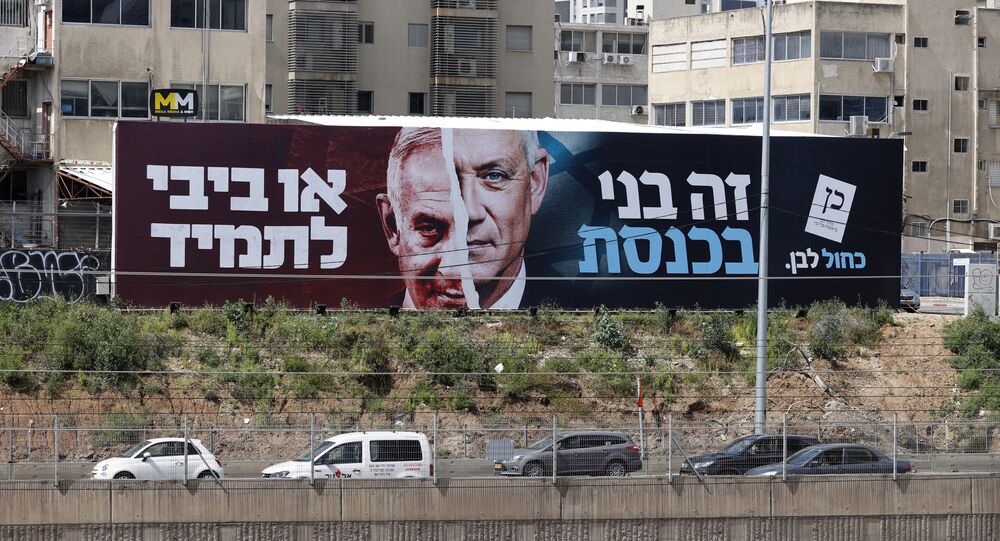 MOSCOW (Sputnik) - On Tuesday, Israel will have yet another chance to decide the fate of the country's unicameral national legislature, the Knesset, as the most recent unity government, led by Prime Minister Benjamin Netanyahu, lasted just six months after its formation.

There have been three Knesset elections in three years; April 2019, September 2019, and March 2020. Twice the winning parties have failed to form a majority coalition to create a new government.

Following the third election, Netanyahu and his political opponent, Benny Gantz, the country's defense minister and a leader of the centrist Blue and White political bloc, took nearly two months to agree to form a national unity government. Under the agreement, Gantz was supposed to replace Netanyahu in November 2021 in the prime minister's chair in a rotation order. The most recent coalition has again collapsed, however.

In late December 2020, the 23rd Knesset convocation was dissolved, which automatically pushed Israel toward an unprecedented fourth round of elections, as the parliament failed to pass the 2020 state budget on time.

Shortly before the Knesset self-dissolution, former Interior Minister Gideon Saar quit the Netanyahu-led ruling Likud party to establish his own faction, known as Tikva Hadasha (New Hope) at the center-right political axis, and announced plans to run for the premiership in the upcoming vote.

Beside him, several other politicians and Knesset lawmakers have left Likud amid dismay over Netanyahu's prolonged rule. Netanyahu has been indicted in several cases related to corruption.

In the beginning of January, Saar and former Defense Minister Naftali Bennett, the Yamina party leader, reportedly signed an agreement to share extra votes between their parties to oppose Netanyahu’s continuing candidacy. However, this agreement seems to have collapsed just days before the election as Bennet signed a pledge to reject any government led by opposition leader Yair Lapid. Saar took this as a sign of Bennet potentially allying with Netanyahu. The Jerusalem Post reported, citing a source, that Bennet's alleged attempt to besmirch Saar's party by leaking a fake poll may have played a role.

In the upcoming election, the winning party will have to form a new coalition government based on a 61-seat parliamentary majority in the 120-seat Knesset. According to various polls, the odds of forming a stable coalition are slim.

The latest polls collected by the Haaretz newspaper show Likud again leading and Lapid's opposition Yesh Atid party lagging behind by about 10 percentage points. No party appears to have a clear majority, however.