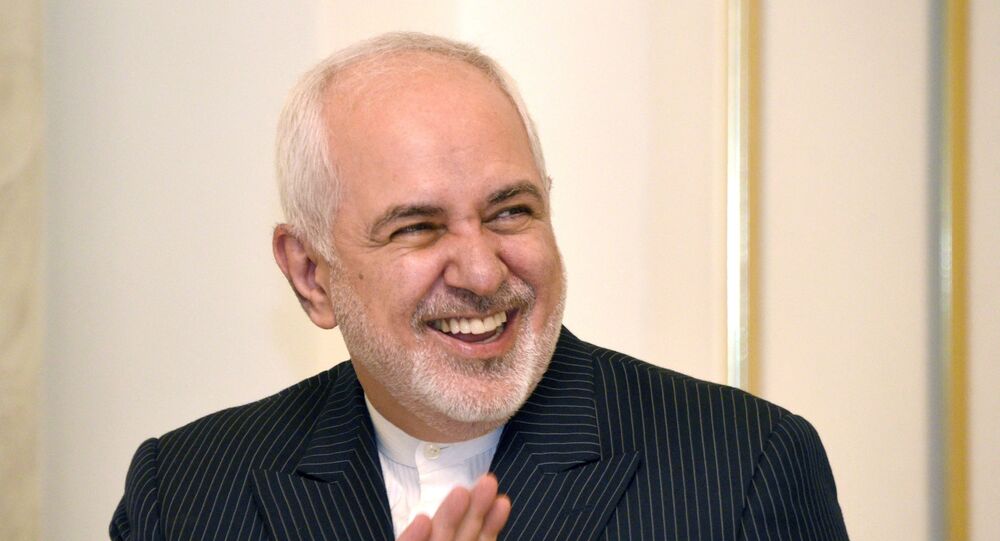 On Wednesday, Israeli opposition leaders announced they had succeeded in setting up a broad coalition that may oust the country's Prime Minister Benjamin Netanyahu after 12 years in office.

Referring to former US President Donald Trump and ex-Secretary of State Mike Pompeo as well as former National Security Adviser John Bolton, Zarif asserted that Netanyahu had joined "the disgraceful journey of his anti-Iran co-conspirators […] into the dustbin of history", whereas the Islamic Republic "continues to stand tall".

Netanyahu has joined the disgraceful journey of his anti-Iran co-conspirators—Bolton, Trump and Pompeo—into the dustbin of history.

This destiny has been repeated over several millennia for all those wishing Iranians harm.

The remarks come as Israeli Prime Minister Benjamin Netanyahu urged all of the right-wing members of the nation's parliament, the Knesset, to oppose a new government presented by Knesset opposition leader Yair Lapid to President Reuven Rivlin on Wednesday.

© REUTERS / Ronen Zvulun
Israeli Prime Minister Benjamin Netanyahu sits at the plenum at the Knesset, Israel's parliament, in Jerusalem May 30, 2019

According to the Basic Law on Government, if the coalition holds, the head of the national conservative alliance Yamina, Naftali Bennett, will serve as Israel's prime minister for two years before being replaced by Lapid as per a rotation basis enshrined in the legislation.

Lapid was picked to form a new government by Rivlin in May, after Netanyahu was unable to form a government in time following the 23 March vote. The prime minister earlier accused Bennett of the "betrayal of the century" by entering the new coalition. Media reports said the potential new coalition government is pushing to be sworn in by the Knesset as early as Monday.

As far as Israeli-Iranian relations are concerned, they remain frozen, with Tehran denying the Jewish state's right to exist and constantly vowing to destroy it.

© AFP 2021 / ALEX BRANDON
Now That Lapid Has Formed an Israeli Government Coalition, What Should Netanyahu Expect?
Tel Aviv, among other things, accuses Tehran of supplying weapons to Damascus as a means of attacking the Jewish state, something that Iran rejects. The Islamic Republic insists there are only Iranian military advisers in Syria sent in at the request of Damascus to help the Syrian government fight terrorist groups.

Netanyahu, for his part, has repeatedly pledged to do his best to prevent Iran from obtaining a nuclear weapon amid Tehran's claims that its nuclear programme is for peaceful purposes only.