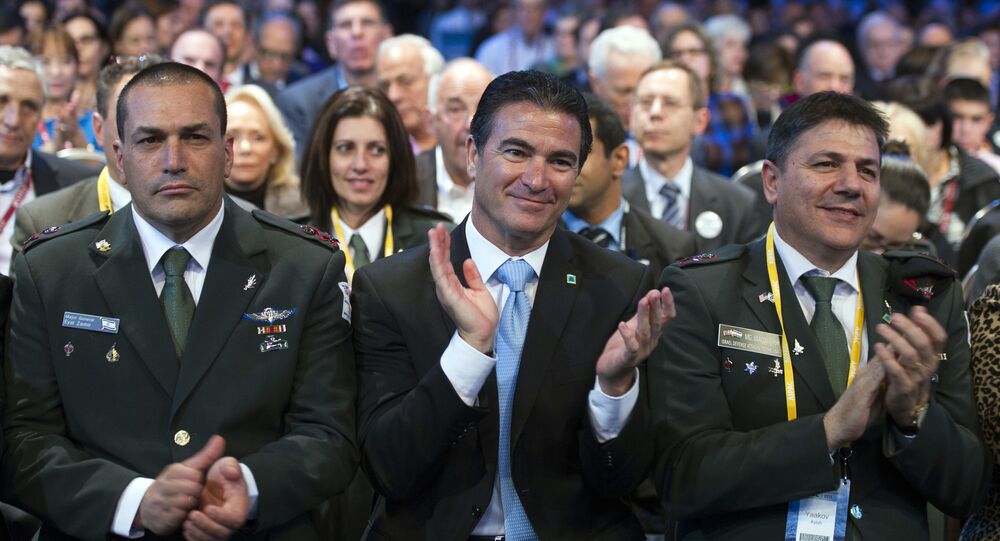 In what could be viewed as his farewell message, Yossi Cohen, who will soon be replaced by David Barnea, called for action in line with the overall narrative of the Israeli government, which has been extremely hostile to Tehran, sounding the alarm about its nuclear program, which, Tehran says, is designed for purely peaceful purposes.

The chief of the Israeli spy agency Mossad has called on the government to further expand activities against the Islamic Republic.

"Activity against the Iranian regime must be stepped up so that it understands that crossing the lines will cost it immense damage," Cohen said at a ceremony where he was presented with an honorary doctorate, as per The Times of Israel.

"To succeed we need leadership and courage, willingness to act. Today's security operation is no less important than tomorrow's war," he added.

This comes as Iran and Israel have been sharing accusations of waging a covert war against each other. The Israeli government has been campaigning among its foreign allies against the revival of the 2015 nuclear deal (or Iran deal), also using its lobby channels in the United States. Iran, on the other hand, has accused Israel of sabotage [cyber] attacks on its nuclear facilities, like the incident at the Natanz plant.

© AFP 2021 / SEPAH NEWS
This handout photo provided by Iran's Revolutionary Guard Corps (IRGC) official website via SEPAH News on January 15, 2021, shows a launch of missiles during a military drill in an unknown location in central Iran

Another stumbling block has been the recent Israel-Hamas war in the Gaza Strip, in which Tehran called Israel a "terrorist" state and called on the Muslim community to fight against it.

On Saturday, Commander of Iran's Islamic Revolutionary Guard Corps (IRGC) Aerospace Force, Brigadier General Amir Ali Hajizadeh, even told Israelis to "pack [their] travelling bags and look for a living place in the US, Alaska, or Europe". And earlier in May, Iran's FM Javad Zarif canceled his trip to Vienna due the Austrian government raising the Israeli flag over official buildings in support of Israel.

In the 11-day war in Gaza, 12 Israelis died, and the death toll among the Palestinians in the Gaza Strip, Jerusalem, and the West Bank reached 270, including 64 children.

Tensions between Iran and Israel intensified following the assassination of Iranian nuclear physicist Mohsen Fakhrizadeh in November last year, which Iranian officials blamed on Israeli intelligence. Tel-Aviv has refused to either confirm or deny its alleged invovement. However, back in 2018, Netanyahu claimed Fakhrizadeh was behind a secret unit within the Iranian military allegedly working to create a nuke.