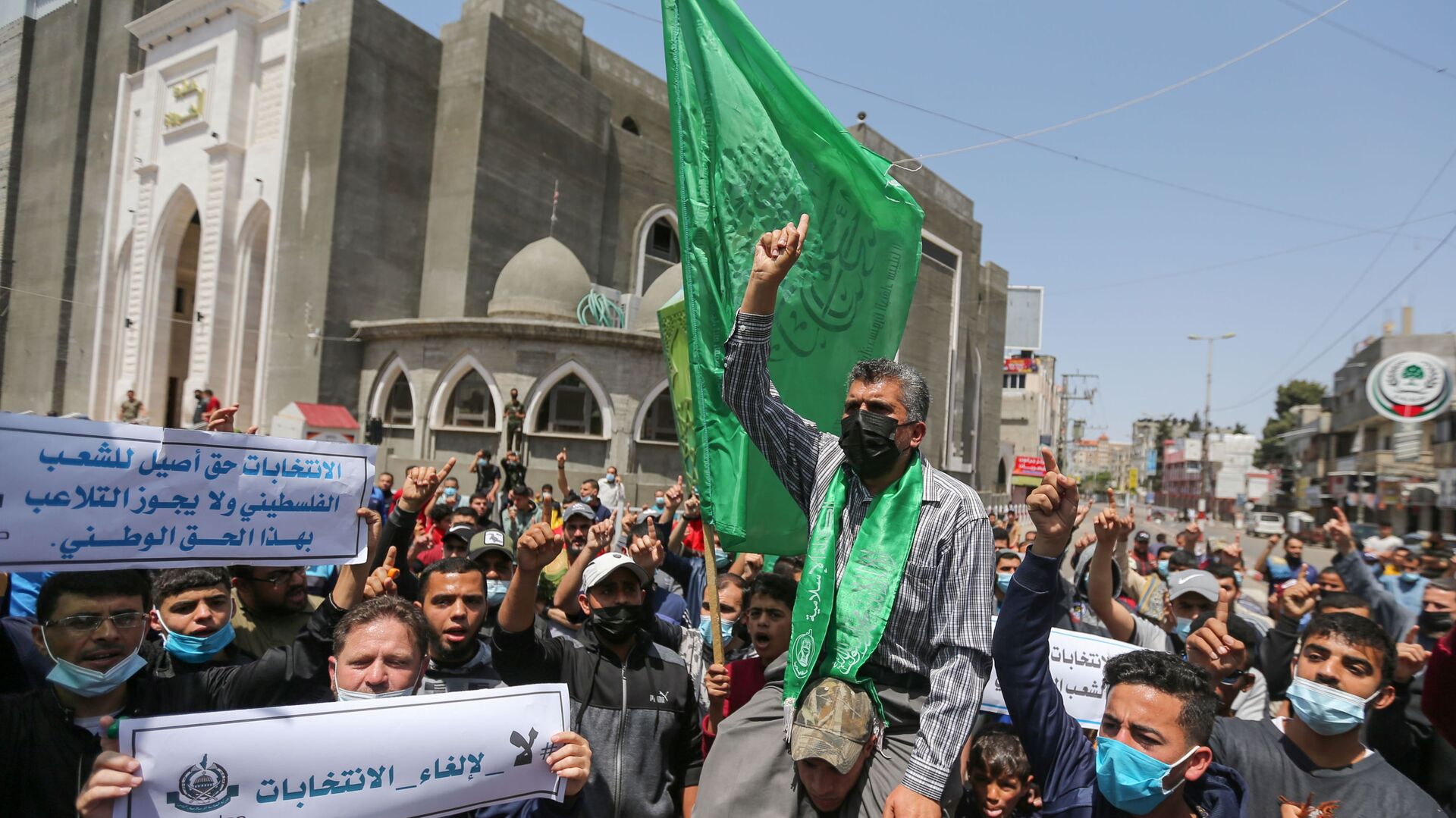 Ilya Tsukanov
All materialsWrite to the author
The Israeli military and Hamas militants in the besieged Gaza enclave have engaged in the worst round of fighting since the 2014 Gaza War this week amid broader tensions escalating into violence between Jews and Palestinians in Israel and the West Bank over a number of Palestinian grievances.

US negotiations to return to the Iran nuclear deal may wind up exacerbating the violence between Israel and Gaza, Jonathan Schanzer, senior vice president for research at the Foundation for Defence of Democracies – a Washington-based think tank engaged in lobbying for the Israeli government, has suggested.

“If the administration goes back into the Joint Comprehensive Plan of Action…and we’re hearing from all reports out of Washington that that will be the case, what will happen is that the US will be providing tens or perhaps even more than $100 billion in cash or sanctions relief to the regime in Tehran, and then in effect it will be funding Hamas indirectly, because Iran is Hamas’s top sponsor,” Schanzer said, speaking to MSNBC’s Squawk Box on Monday.

The lobbyist went on to accuse Iran of providing the Gaza militant group with rockets, “rocket training,” parts, and funding.

The lobbyist suggested that his “sense right now out of Washington is that we will see silence for probably at least another few days allowing the Israelis to neutralize Hamas further, weaken them further, so that we don’t have another conflict like this in another few years. Because invariably, these conflicts continue to erupt.”

Israeli Media Claims Tel Aviv Gave US ‘Smoking Gun’ Evidence of Hamas Presence in Razed Media Tower
The Biden administration has been working to return the United States to the 2015 Iran nuclear agreement, with Washington and Tehran involved in a standoff over which party must return to compliance first. Earlier this month, the parties reportedly made a major breakthrough after US negotiators in Vienna agreed to the lifting of crushing sanctions against Iran’s oil and banking sectors. On Monday, Tehran reiterated that that no agreement would be reached until all of Iran’s conditions on the lifting of sanctions are met.

The Biden administration expressed support for Israel and its “right to defend itself” against Hamas rocket attacks, with the US president and Israeli Prime Minister Benjamin Netanyahu holding telephone talks on Friday to discuss the conflict. On Thursday, Biden also informed Congress that the US would be sending $10 million in aid to Palestinian groups in the West Bank and Gaza to support reconciliation with Israel. On Sunday, The Washington Post reported that the US had approved the sale of $735 million worth of precision-guided weapons to Israel amid the ongoing violence.

The violence in Israel, the West Bank, Jerusalem and Gaza began earlier this month, and has its roots in Palestinian grievances over restrictions in access to Jerusalem’s Old City, an anticipated Israeli Supreme Court ruling to evict half a dozen Palestinian families from their homes in East Jerusalem, and the Israeli police occupation of Al-Aqsa Mosque, one of the holiest sites of Islam. The conflict has claimed the lives of over 200 people, most of them Gaza residents, and caused over 1,500 injuries. As many as 34,000 Palestinians have been displaced from their homes.