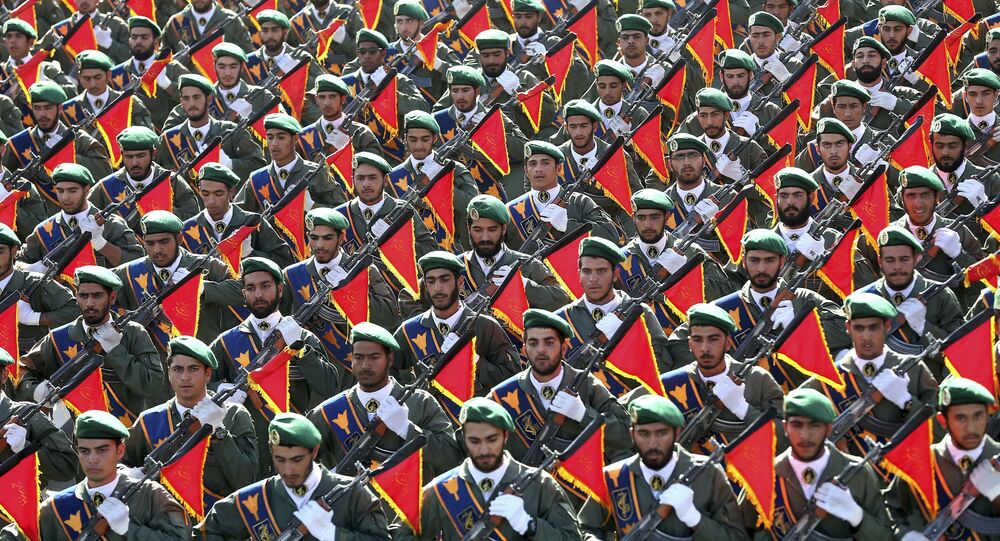 Earlier this month, Iranian Supreme Leader Ayatollah Ali Khamenei called Israel a "terrorist garrison", adding that it is the "collective responsibility" and duty of all Muslims to fight against the Jewish state. The call came amid the worst escalation of the Israel-Hamas conflict in recent years.

In an interview with the Arabic-language news channel al-Masirah on Saturday, Hajizadeh claimed that "[even] the besieged Gaza Strip imposed a severe defeat" on Israel, in an apparent reference to last week's ceasefire deal between Israel and the Islamist group Hamas.

"The Zionist regime should pack its travelling bags and look for a living place in the US, Alaska, or Europe", the general said, adding that "Mossad's threats and the option of war against Iran, especially after their incapability against the Palestinian resistance" hold no water.

Hajizadeh was echoed by Esmaeil Qaani, commander of the IRGC's Quds Force, who said the Israelis should leave what he described as the occupied Palestinian territories and repurchase the properties they had sold in Europe and America.

"I'd advise all Zionists to go back and repurchase the houses they have sold in Europe, the US, and elsewhere to come to the Palestinian territories before the houses become more expensive than today", Qaani pointed out.

For decades, Israel has been in conflict with the Palestinians, who have been seeking diplomatic recognition for an independent state on the territories of the West Bank, including East Jerusalem and the Gaza Strip.

The Israeli government refuses to recognise the Palestinian Authority as an independent political and diplomatic entity, continuing to build settlements in the areas controlled by the Jewish state despite objections from the United Nations.

The remarks by the Iranian generals come after Israel and Hamas agreed to an Egyptian-brokered ceasefire last Thursday, 11 days after the beginning of violent clashes in East Jerusalem that led to the deadliest violence between Tel Aviv and the Palestinians in the Gaza Strip in recent years.

© AP Photo / Sepahnews
Iran's Revolutionary Guards Corps Unveil New Multipurpose 'Gaza' Drone
Relations between the Islamic Republic and Israel have been non-existent since the Iranian Revolution in 1979. Tel Aviv currently accuses Tehran of providing weapons to Damascus as a means of attacking the Jewish state, while Iran denies having a military presence in the Arab Republic apart from advisers sent in at Damascus' request to help the Syrian government fight terrorist groups.

Tehran rejects Israel's right to exist, frequently vowing to destroy it, while Tel Aviv, aside from accusing Iran of supplying arms to Damascus, has repeatedly pledged to stop the Islamic Republic from obtaining nuclear weapons. The Iranian government insists that its nuclear programme is for peaceful purposes only.