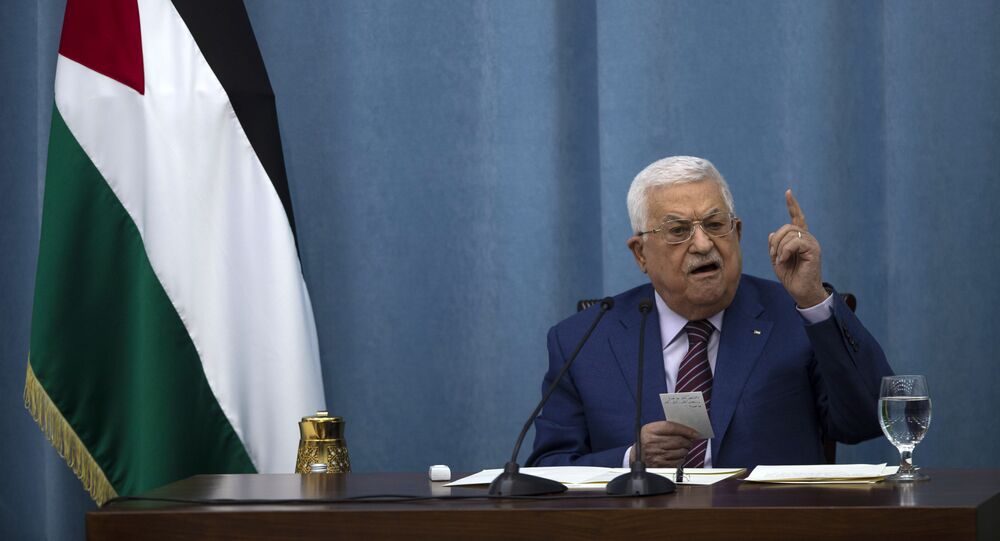 During the phone call, Abbas and Blinken discussed the latest events in Jerusalem, the Gaza Strip and the West Bank.

In turn, Blinken, as reported by the news agency, emphasized the importance of stabilization and achieving a ceasefire, noting that the United States, together with all interested parties, is making efforts to that end.

The US State Department issued a statement in which it indicated that Blinken condemned the rocket attacks and called for the de-escalation of tensions between Palestine and Israel.

"Secretary of State Antony J. Blinken spoke today with Palestinian Authority President Mahmoud Abbas. The Secretary and the President discussed the violence in Jerusalem, the West Bank and Gaza, and the Secretary expressed his condolences for the lives lost as a result," spokesperson Ned Price said.

"The Secretary condemned the rocket attacks and emphasized the need to de-escalate tensions and bring the current violence to an end. The Secretary also expressed his belief that Palestinians and Israelis deserve equal measures of freedom, dignity, security and prosperity. The Secretary conveyed his best wishes for Eid and that peace and calm may prevail," Price said.

Earlier in the day, in an address, Abbas stated that the Palestinians would take all measures to protect themselves and would study various options to guarantee this. He noted that Jerusalem "was, will and will remain Palestinian and Islamic."

Abbas also noted that the Palestinians "will continue to exercise the right to self-defense, as well as the protection of shrines," until "the overthrow of the occupation and the establishment of an independent Palestinian state with its capital in Jerusalem."