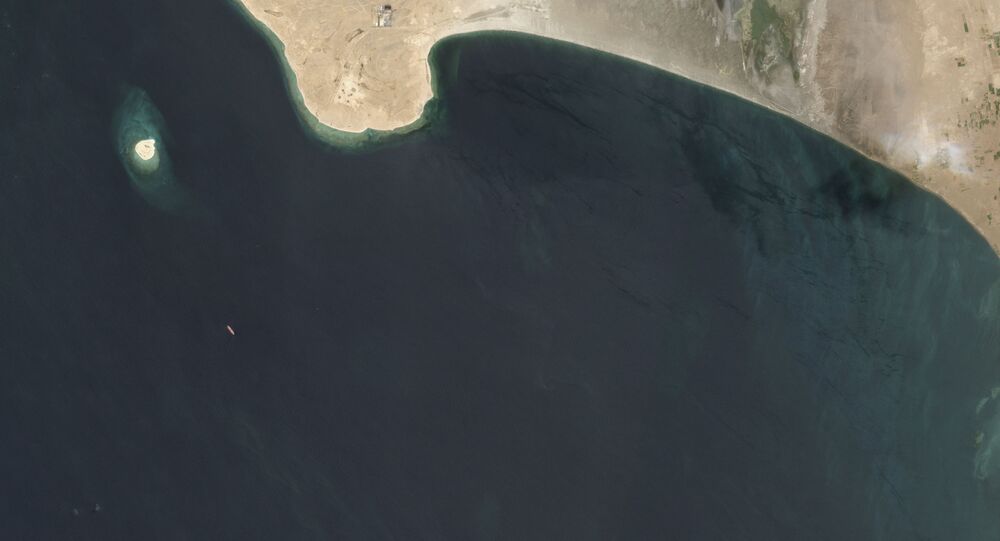 The Safer floating oil storage facility moored off Yemen’s west coast became an international security concern during the Yemeni civil war, with the vessel threatening to leak over a million barrels of crude oil into the Red Sea, a global strategic shipping artery which also contains a unique and diverse array of marine life.

Muhammad Ali Al-Houthi, leader of Yemen’s Houthi militia movement, has fired off a series of tweets warning about the condition of the Safer, urging the United Nations to do something before the ship loses hull integrity, causing its toxic cargo to ooze into the Red Sea.

In a tweet late last month congratulating Egypt for unclogging the Suez Canal in the wake of the Ever Given incident, al-Houthi recalled the situation surrounding the Safer, reiterating the Houthis’ calls on the UN to fulfill their promises to deal with the situation.

“If God forbid, an environmental catastrophe were to occur as a result of the explosion of the ship, the world would stop not for a week, as was the case in the Suez, but for a much longer period of time…And we would hold them responsible,” he wrote.

Al-Houthi repeated his plea on Sunday, tweeting that after being informed of the risk of a leak turning into an environmental disasters, the Houthis invited UN experts to defuse the situation. “Months and days passed without a response, and it was demonstrated to the world that their slogans are false and that their actions were to serve US, British, Saudi and Emirati aggression and that of their allies against the Yemeni Republic. We reiterate that the United Nations will be held fully responsible for any leakage.”

On Wednesday, the militia leader suggested that the “latest excuse” made by the UN for not sending its team to the Safer was that they would need a million dollars in additional insurance if they are not met at a specific spot at sea or have to bring the ship carrying the experts to port.

Stephane Dujarric, spokesperson for UN Secretary-General Antonio Guterres, responded to al-Houthi’s tweets earlier this week, suggesting that it was “not useful to negotiate these things via public statements,” and arguing that the UN was “eager, which is probably the understatement of the year, to get people on board the tanker.”

© CC BY-SA 4.0 / B.alotaby / Riyadh Skyline
Houthis Claim to Have Launched 4 Drones to Attack 'Important Targets' in Saudi Capital Riyadh
Meanwhile, Moammar al-Eryani, the information minister of the Saudi-backed Yemeni government, has accused the Houthis of “using the FSO Safer as a time bomb and a means to blackmail and pressure the international community for political and material gains,” and claimed that the militia were “not interested in the looming environmental, economic and humanitarian disaster” that would ensue if the Safer leaked or exploded.

The Safer is moored several kilometers off al-Hudaydah, the strategic Yemeni port city once entirely controlled by the Houthis, but which became a line of contact between the militia and pro-Saudi forces after the latter launched a major operation to capture the city in 2018.

© Wikipedia / Rr016
Map of the pro-Saudi Yemeni government's offensive on al-Hudaydah in 2018. Pro-Saudi forces pictured in red; Houthis in green.

Sputnik reported on the risks of an environmental disaster involving the Safer last year, pointing out that the spill of the cargo would wipe out sea life off over 100 nearby islands, threaten some 969 species of fish and 300 species of coral reefs, and deprive over 125,000 Yemeni fishermen of their only source of income. The area is also known to be home to several endangered species, including dugongs, mantas, Napoleon wrasses and whale sharks.

© CC BY 2.0 / rabiem22 / Romantic Oil Tanker
Decaying Oil Tanker in Red Sea Could Unleash Environmental, Humanitarian Catastrophe, Warns UN
Commenting on the danger to The Media Line, Stony Brook University school of marine and atmospheric sciences professor Karine Kleinhaus stressed that “the importance of the Red Sea ecosystem cannot be overstated.” The academic pointed out that “the coral reefs of the northern Red Sea and Gulf of Aqaba are understood to be among the last reef ecosystems in the world that will thrive beyond the middle of this century” given their propensity to resist rising sea temperatures associated with climate change.

Dr. Abdulqader Mohammed al-Kharraz, former chairman of Yemen’s environmental protection authority, calculated that a leak involving the Safer would pollute the coastlines of all countries bordering the Red Sea, with Yemen bearing the brunt of the impact, and would stop international navigation through the strategic Bab el-Mandeb Strait. The academic estimated the cost of a spill at $51 billion, compared to just $12 million to remove the oil from the vessel and move the ship safely to a dry dock.

Environmentalists have warned that an accident involving the Safer could result in an environmental disaster far more serious than the Exxon Valdez oil spill of 1989, which saw 37,000 metric tonnes of oil sludge spilled out on the region’s pristine Prince William Sound. The Safer could spill roughly four times that if it leaked, a UN report warned in July 2020.

The Japanese-built vessel, measuring 360 meters long, was built in the 1970s and sold to the Yemeni government in the 1980s after being converted into an unpropelled storage vessel, and is theoretically capable of storing up to 3 million barrels of crude from oil fields in Yemen’s Marib province. Since the Saudi-led military intervention in Yemen in 2015, the facility has also become a hypothetical strategic prize, as the coalition’s blockade has left large areas of the impoverished country partially cut off from energy and food supplies.

The UN has repeatedly delayed expert visits to the site, either accusing the Houthis of denying them access, or complaining after the militia group indicated that they could not guarantee their safety amid the unstable security situation in the area. $3.35 million has already been spent on preparations for the UN mission.