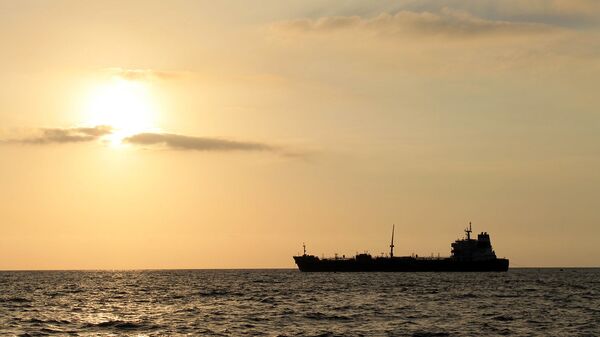 Alarm had earlier been voiced over the abandoned tanker, which has continued to erode, unattended, off the war-torn Yemeni coast of Al Hudaydah since 2015; it is believed to contain 1.14 million barrels of oil.

An eroding unattended oil tanker in the Red Sea near the Houthi-controlled coast of war-torn Yemen is believed to contain over 1 million barrels of crude and has the potential to create a major environmental and humanitarian disaster if it explodes or ruptures, Fox News reports.

The UN Security Council highlighted the risks posed by the FSO Safer tanker ahead of a meeting to discuss the issue, set for Wednesday.

The Japanese vessel, measuring 360 metres (1,181 feet) in length, was built in the 1970s and sold to the Yemeni government in the 1980s for the storage of up to 3 million barrels of crude from oil fields in Marib province.

Why not rescue the abandoned FSO Safer oil tanker in Yemen? If the oil leaks into the environment, it will create a disaster for the entire Red Sea ecosystem and a humanitarian disaster because Hodeida port will no longer be usable. pic.twitter.com/e0LxaXKcow

​While the Houthi rebels controlling the area in the vicinity of the decaying vessel have denied UN inspectors access to it, comments made by UN spokesman Stephane Dujarric cited by AP last week signalled a possible shift in their stance.

“The local authorities recently signalled they would approve a U.N. mission to the site,” Dujarric was quoted as saying.

Amid rising concerns over the potential fallout from the abandoned floating oil terminal, the Security Council said in a statement released on 29 June:

“The members of the Security Council expressed deep alarm at the growing risk that the Safer oil tanker could rupture or explode, causing an environmental, economic, and humanitarian catastrophe for Yemen and its neighbours.”

​The statement urged the need for the Houthis to speedily grant “unconditional access” for UN technical experts to assess the condition of the vessel and carry out possible urgent repairs.

Experts would also be called upon to deliver recommendations regarding the safe extraction of the oil in the vessel's 34 storage tanks.

The FSO Safer was built in 1976 in Japan and for roughly 10 years sailed the world’s oceans as an oil tanker. In 1987, she was converted into a stationary storage facility for the Safer oil company and brought to an offshore position near the Yemeni coast. pic.twitter.com/Ywv16FWxZq

​Previously, it was reported that seawater had seeped inside the engine compartment of the tanker, causing irreparable damage to pipelines, according to documents cited by AP.

Rust was believed to have eaten away at parts of the tanker, causing the inert gas that stops the storage tanks from accumulating inflammable gases to leak out.

The suggested evidence points to a heightened risk of the vessel sinking, with maintenance no longer an option, as damage sustained by it was deemed irreversible by experts, reported AP.

An oil spill from the abandoned tanker could potentially result in 115 Yemeni islands losing their biodiversity, endangering some 969 species of fish and 300 species of coral reefs in the Red Sea, according to data from Yemen’s Central Statistical Organisation and the country’s Environmental Protection Authority, cited by Yemeni environmental website Holm Akhdar.

The Yemeni waters of the Red Sea are believed to contain approximately 850,000 tonnes of fish stocks.

A disaster on such a scale could also reportedly deprive around 126,000 Yemeni fishermen of their source of income.

The abandoned oil tanker was earlier branded a “massive floating bomb” in the Red Sea by NATO-linked US think tank the Atlantic Council, as it warned that gases released from the storage tank could lead to a blast.
Houthi authorities controlling the vicinity of the moored tanker reportedly sought help and promised to assist the UN as far back as in 2018, yet in effect persisted in denying access.

​Warnings were issued in 2019 that the explosion of the Safer FSO could trigger an environmental disaster to rival the Exxon Valdez oil spill which struck the coast of Alaska in 1989.

Last year it was reported that the ongoing conflict between the Houthis and the Yemini government, backed by Saudi Arabia and the UN, complicated the tanker issue, with Houthis suggested as prepared to allow inspectors to assess the vessel on condition that they receive the profit from selling the oil on board the Safer FSO tanker.