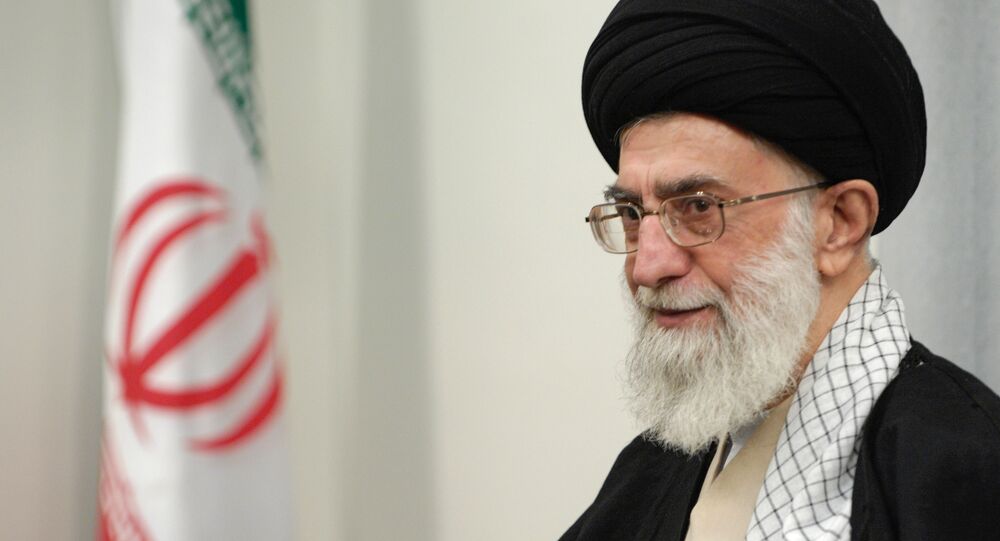 'Futility of Sanctions': Khamenei Points to Iran's Way of Confronting US Economic Sanctions

The United States slapped harsh economic sanctions on Iran after former US President Donald Trump exited the Obama-era Joint Comprehensive Plan of Action (JCPOA) treaty, slamming Tehran for what his administration claimed were violations of the deal.

Iranian Supreme Leader Ali Khamenei took to Twitter on Saturday to ponder over how Tehran will confront the new sanctions imposed on the country by the United States.

According to Khamenei, there are two potential ways to confront the sanctions: either "begging sanctioners to lift sanctions" and prompting them to roll out "a few arrogant demands" or "using domestic forces to produce sanctioned products."

"When they see a product is made internally, they become agitated since they profit from trading that product. This leads to the removal or futility of sanctions. The Iranian nation chose the 2nd way", Khamenei tweeted.

The 2nd way is using domestic forces to produce sanctioned products. When they see a product is made internally, they become agitated since they profit from trading that product. This leads to the removal or futility of sanctions. The Iranian nation chose the 2nd way.

​In an separate tweet, the senior religious figure in the Islamic republic denounced the US for sanctioning "the purchase of medicine & food", outlining that the "economic siege of the country is a major crime."

"But sanctions can turn‌ into opportunities by relying on domestic forces, & thank God we have been able to paddle our own canoe", Khamenei observed.

After Trump exited the JCPOA in 2018, the relationship between Tehran and Washington spiraled downwards, with the US imposing harsh economic sanctions on the Islamic republic that particularly targeted the oil sector.

The new Biden administration, however, voiced its intention to revive the JCPOA, also known as the Iran nuclear deal - an accord envisioning Iran scaling back its nuclear program in exchange for sanction relief.

While reports emerged suggesting that the Biden cabinet may be softening its stance on the nuclear deal demands - particularly calls for Iran to return to its JCPOA-era nuclear commitments in full capacity that Washington stepped away from after Trump's withdrawal - Tehran demands that Washington make the first move by lifting sanctions.