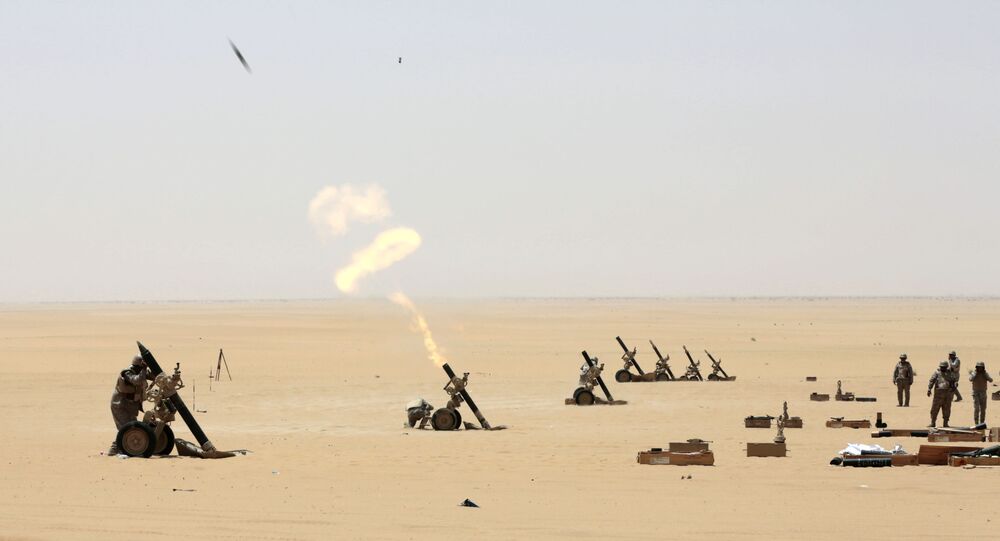 The latest attack comes just hours after a Houthi rocket struck an oil tank in Jizan, causing it to explode and catch fire. The rebel group earlier said it had launched attacks targeting Saudi Aramco oil facilities and the kingdom's military installations.

The Saudi-led coalition has downed a drone - fired by the Houthis - in the city of Khamis Mushait in the kingdom's south-west, state TV reported Friday.

Saudi Arabia earlier thwarted a ballistic missile attack over Najran Province in the south of the kingdom, the broadcaster Al-Arabiya reported on Friday.

The official spokesman for the Arab coalition said that the ]projectile was launched by the Houthi rebels.

"The Houthi militia attempted to target a civilian object protected under International Law, which further affirms the militia’s malign intent to continue its violations of the customary international humanitarian law," the statement from Brig. Gen. Turki Al-Maliki read.

On Thursday evening, a missile hit an oil terminal in the city of Jizan, causing a blast and fire. The Houthi rebels claimed responsibility for the attack. Riyadh firmly condemned the attack, vowing to take "deterrent actions".

Yemen has been locked in a years-long conflict between government forces led by President Abdrabbuh Mansour Hadi and the Houthi rebels.

Since March 2015, a Saudi-led Arab coalition has been assisting Hadi’s forces by carrying out air, land, and sea operations against the rebels, who control the capital of Sana'a and large areas in northern and western Yemen.

The Houthis often fire projectiles and use drones with explosives to attack Saudi border areas.

On Monday, Saudi Arabia put forward a peace initiative to bring the protracted conflict in Yemen to an end. The proposal includes, among other things, a nationwide ceasefire and the resumption of political dialogue.