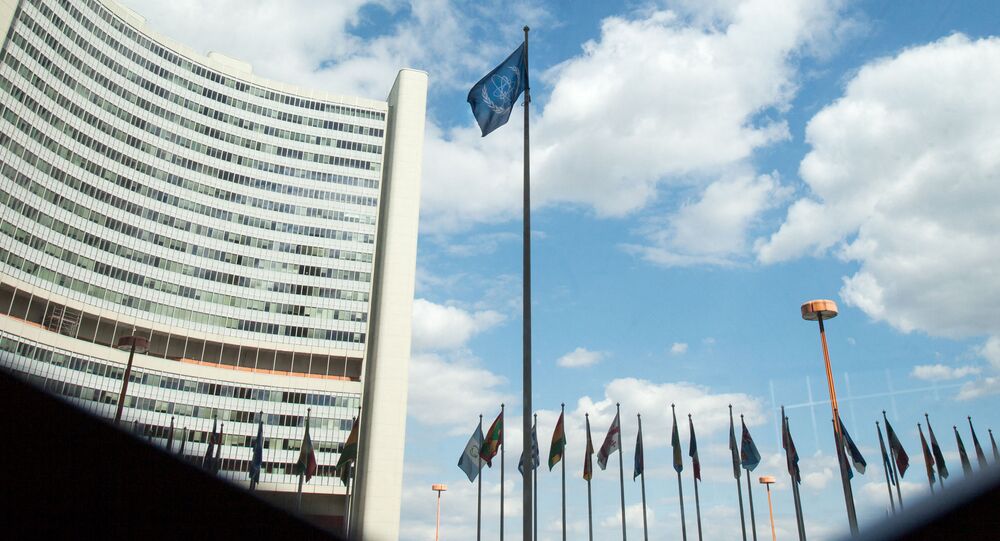 Last month, the European Union proposed hosting informal talks between Iran and the five permanent UN Security Council members, but Tehran rejected the offer, saying that the US must move first if relations are to improve.

Iran has given “positive signals” about starting informal talks on an international level, several sources familiar with the situation told Reuters.

“Things are moving in the right direction,” a French diplomatic source said. “We have had positive signals this week and especially in the last few days."

According to the source, the objective was to get Tehran and the UN Security Council members around the table before the start of Nowruz, the Iranian New Year, on March 20, adding that the window would also narrow from mid-April due to Iran’s presidential election campaign.

The source said that efforts are being made to ensure a meeting can take place “in the days or coming weeks.” Another European source also said there had been positive signals from Iran.

The French source, however, said that Iranian internal politics are causing “constraints” for the government, which doesn’t want to sit at the negotiating table with Washington if there’s no reassurance that sanctions will be lifted following the negotiations.

© REUTERS / CORINNA KERN
IDF Updating Military Plans for Potential Strike on Iran's Nuclear Sites - Report
The main obstacle for talks was that Iran was setting preconditions for attending, something the US will not accept, the diplomats said.

“It’s not a matter of giving an assurance of something that we’d do. It’s sitting down and making sure that … that both sides are taking positive steps,” an unnamed senior US official told Reuters.

Earlier, European nations refrained from submitting a resolution to the International Atomic Energy Agency that would have rebuked Iran for restricting the agency's inspection activities. The United States welcomed the decision.

IAEA chief Rafael Grossi said on Thursday that Iran was willing to sit down with the agency's technical experts to discuss the situation, including the recent discovery of uranium particles at suspected nuclear sites.

Iran has been stepping up uranium enrichment beyond limits agreed upon as part of the 2015 Joint Comprehensive Plan of Action (JCPOA) nuclear deal, which were set after the Trump administration unilaterally pulled the US out of the pact and re-imposed sanctions on the Islamic republic in 2018. Iran said it was ready to recommit to the deal if the US scrapped restrictions but would not renegotiate its terms.

The new US administration under President Joe Biden has voiced its intention to revive the US' participation in the nuclear deal, demanding, however, that Tehran return to its commitments under the accord. Tehran insists that Washington should take the first step by scrapping economic sanctions against the country.

Iranian Foreign Minister Mohammad Javad Zarif previously tweeted that "a path forward" would look like "Commit, act, meet," meaning that the United States, as "the offending side," should commit to the JCPOA and "effectively fulfil" its obligations under the deal.

The JCPOA was signed by Iran with China, France, Germany, Russia, the UK, the US, and the EU. The deal required Tehran to curb its nuclear programme and downgrade its uranium reserves in exchange for sanctions relief.