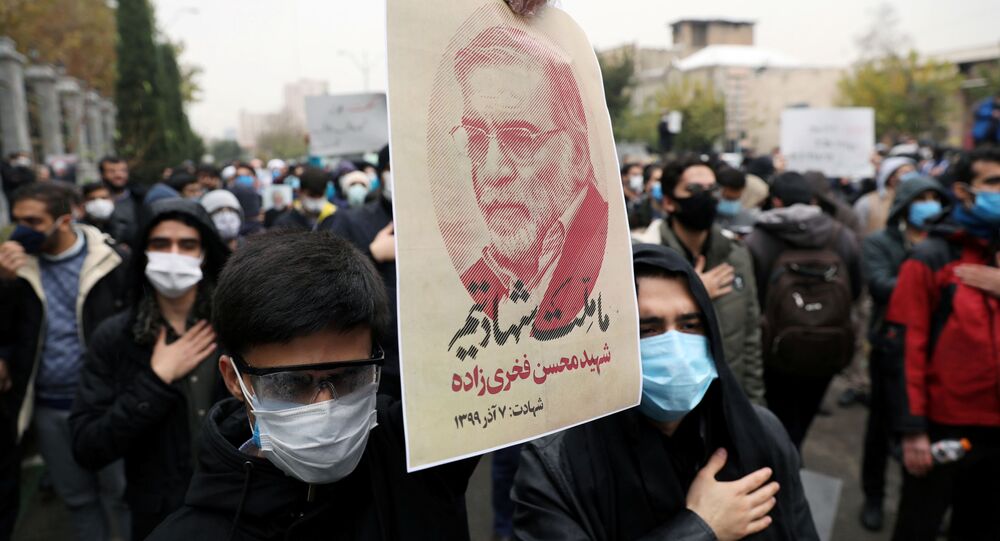 Mohsen Fakhrizadeh, a senior Iranian nuclear physicist and rocket scientist, was killed in a daylight attack on his convoy in late November outside Tehran. President Hassan Rouhani blamed Israel for the assassination, accusing Tel Aviv of trying to start a regional war in the twilight of the Trump presidency.

Iran is prosecuting the individual it believes is the “main perpetrator” of the assassination of Iranian nuclear scientist Mohsen Fakhrizadeh, Intelligence Minister Mahmoud Alavi has announced.

“The main perpetrator behind the assassination, who was a fired employee of the Armed Forces and had left the country before the operation, is currently being prosecuted,” Alavi said, his remarks quoted by the Iranian Students News Agency.

The minister suggested that Israel, whom Iran has blamed for Fakhrizadeh’s killing, had planned more violent acts against Iran, but that these plots had been “foiled” by the security services before being carried out.

“After Fakhrizadeh was killed, the Zionists attempted to carry out additional acts of terrorism and evil in the country, including more assassinations. These attempts were found out and foiled by Iranian intelligence,” Alavi said.

The minister did not go into specifics about the operation to detain the individual said to be responsible for the assassination plot. He said however that a number of other persons believed to be involved in the conspiracy had also been identified.

Fakhrizadeh, who served as deputy minister of defence and as chief of the defence ministry’s Organization of Defensive Innovation and Research, was killed in an ambush on his vehicle about 175 km east of Tehran on 27 November 2020.

Iran almost immediately accused Israel of ordering the operation, pointing to previous Mossad killings of Iranian nuclear scientists, and vowing revenge at a time and place of Tehran’s choosing. Tel Aviv offered no official commentary of Fakhrizadeh’s killing, although an unnamed official reportedly told the New York Times that Israel should be “thanked” for assassinating him.

WANA NEWS AGENCY
Iran's President Accuses Israel of Assassinating Nuclear Scientist to Provoke War in Region
In 2018, during a presentation lobbying the Trump administration to pull out of the Iran nuclear deal, Israeli Prime Minister Benjamin Netanyuhu singled out Fakhrizadeh as the director of Iran’s alleged nuclear weapons programme, calling on the international community to “remember that name.”

The Islamic Republic has repeatedly denied that it has any plans to build a nuclear bomb, with Supreme Leader Ali Khamenei issuing a fatwa (religious ruling) banning the development of such weapons. Khamenei’s fatwa follows a similar ruling by his predecessor, Ruhollah Khomeini, who outlawed the development or use of all weapons of mass destruction during the Iran-Iraq War, while Saddam Hussein’s army was lobbing chemical warheads at Iranian soldiers and cities. Tehran never retaliated in kind despite its right to do so under international treaties.

Last week, The Jewish Chronicle reported, citing unnamed intelligence sources, that the operation to kill Fakhrizadeh was Mossad’s work, and that the special one-tonne gun used to kill the scientist had been smuggled into Iran “piece-by-piece” in 2020. The operation was said to have involved over 20 agents, including Israeli and Iranian nationals, and to have been “meticulously” plotted.

Last month, Iran asked Interpol to issue red notices on four individuals thought to be involved in the scientist’s murder.

Iran 'Has Not and Will Not' Pursue Nuclear Weapons, Foreign Ministry Says