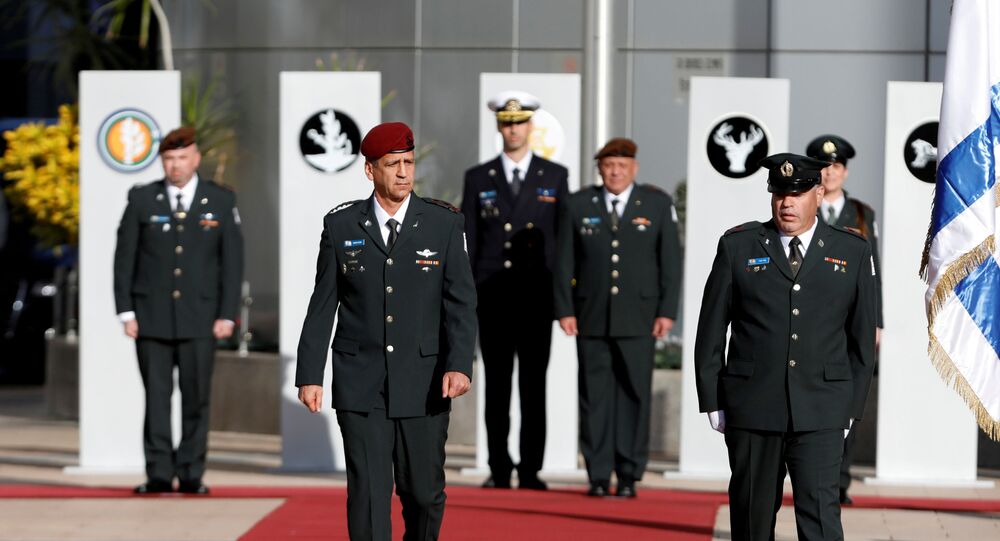 Tel Aviv voiced concerns regarding the likely return by the United States and Iran to the Joint Comprehensive Plan of Action (JCPOA), claiming that a return to an agreement which guarantees that Tehran will not make nukes would instead create the possibility of Tehran obtaining nuclear weapons.

The head of the Israeli Defense Forces (IDF), Aviv Kohavi, speaking at the Institute for National Security Studies (INSS) think tank’s annual conference, announced that Israel is developing new military operations for the "next years", citing fears that Iran is developing a nuclear bomb.

According to assertions claimed by the IDF chief, Tehran may be “months, maybe even weeks” from a nuclear bomb.

“Iran can decide that it wants to advance to a bomb, either covertly or in a provocative way. In light of this basic analysis, I have ordered the IDF to prepare a number of operational plans, in addition to the existing ones. We are studying these plans and we will develop them over the next year,” Kohavi said.

Kohavi stated that Tel Aviv will make a final decision on whether to implement new military plans.

Earlier in January, Israeli media reported, citing Defense Minister Benny Gantz, that the IDF would create a "military option" against Iran in case of a nuclear escalation.

Kohavi also suggested that a return by Iran to the JCPOA agreement - a treaty that specifically prevents Tehran from acquiring or developing a nuclear weapon - would instead see Iran get a nuclear weapon, even if the accord is "improved".

"If the 2015 nuclear deal had been implemented, Iran eventually would have been able to construct a bomb, because the agreement did not include restrictions and oversight to prevent it", Kohavi claimed, declaring that, "anything similar to the current agreement or even an improved agreement would be unacceptable and should not be allowed."

The 2015 JCPOA treaty, also known as nuclear deal with Iran, envisages Iran scaling down its nuclear program in exchange for sanction relief. The former US president, Donald Trump, in 2018 unilaterally exited the deal, citing unproven allegations of violations commited by Tehran.

I would like to clarify my position regarding the JCPOA: Even if an improved agreement is reached, it will be a bad agreement at the operational and strategic level. Therefore, such an agreement must not be enabled.

​Reports emerged earlier, suggesting that Tel Aviv has been attempting to have a say in potential nuclear negotiations between Washington and Tehran, particularly revealing that Israel would provide a list of "preconditions" that must first be met to allow the US to rejoin the deal.

According to the reports, Tel Aviv would specifically request that Tehran halt its uranium enrichment, end the production of advanced centrifuges, stop support for groups including Lebanon's Hezbollah (viewed by Israel as a terrorist group) and provide access to its nuclear program for the International Atomic Energy Agency (IAEA).

US President Joe Biden has mulled the possibility of Washington's return to the JCPOA as long as Iran sticks to the nuclear commitments. Biden's National Security Advisor, Jake Sullivan, also noted that Iran's ballistic missile program must be on the table for the US to return to JCPOA.

Tehran has demanded that American sanctions on the country be lifted prior to any new negotiation. The Islamic republic will also reportedly prepare a list of demands before a return to JCPOA can occur, particularly requiring that any disagreements on the accord be discussed "within the framework of the official negotiating committees".

Tehran has also reportedly demanded that no additional members be added to the nuclear deal, and separate issues, such as missile programs or Iran's foreign activities are not negotiated under the terms of the JCPOA.

Amid Israeli concerns that Iran could acquire nuclear weapons - even though the Islamic republic has repeatedly outlined that its nuclear program remains exclusively peaceful - Kohavi estimated Israel's strategic situation as being "on a trend of improvement".

“But it can all change", IDF leader noted. "As much as we’ve had success, the enemy can also in the end have a success.”