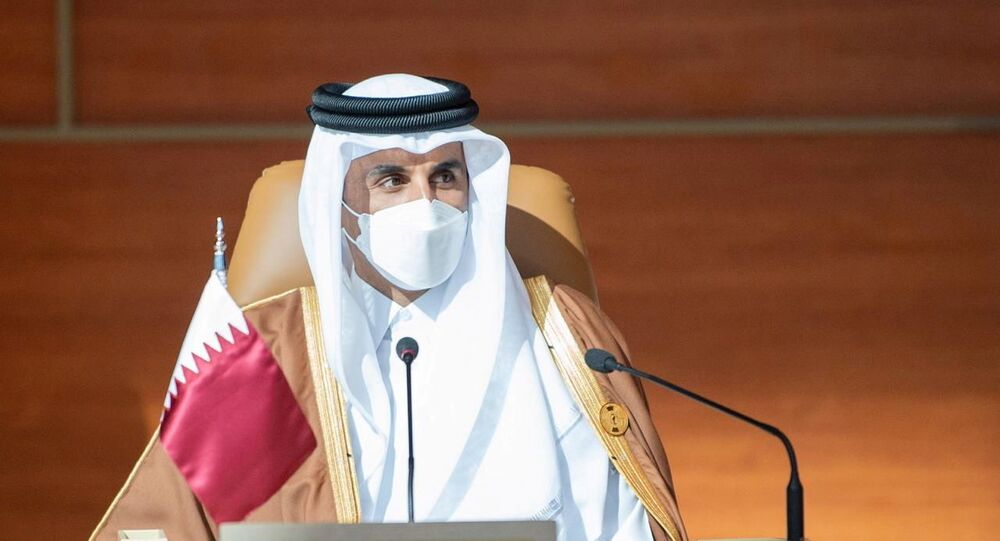 DOHA (Sputnik) - Bahrain's foreign minister, Abdullatif Al Zayani, accused the Qatari authorities on Thursday of not putting in the required effort to restore bilateral relations following the signing of an agreement to resume diplomatic ties.

As cited by the Bahrain News Agency, Al Zayani said that the Qatari authorities have failed to respond to the Bahraini Foreign Ministry's invitation for bilateral talks aimed at resolving any outstanding issues.

Al Zayani made these comments in response to a question put forward by the chairman of the Representatives Council's Foreign Affairs, Defence and National Security Committee Mohammed Ibrahim Al Sisi Albuainain, the agency said.

As a result, Qatar stands in violation of the agreements reached with several Arab states in early January that sought to resolve the long-running Gulf dispute, Bahrain's foreign minister said, as cited by the agency.

© REUTERS / BANDAR ALGALOUD
Saudi Embassy to Reopen in Qatar Within Few Days, Foreign Minister Says
On January 5, Persian Gulf leaders signed an agreement that sought to mend ties between Qatar and several countries in the region who broke off diplomatic relations with Doha back in 2017 amid claims that the Qatari government condoned and sponsored terrorist groups.

Members of the international community, including Russia and the United States, welcomed the agreement.