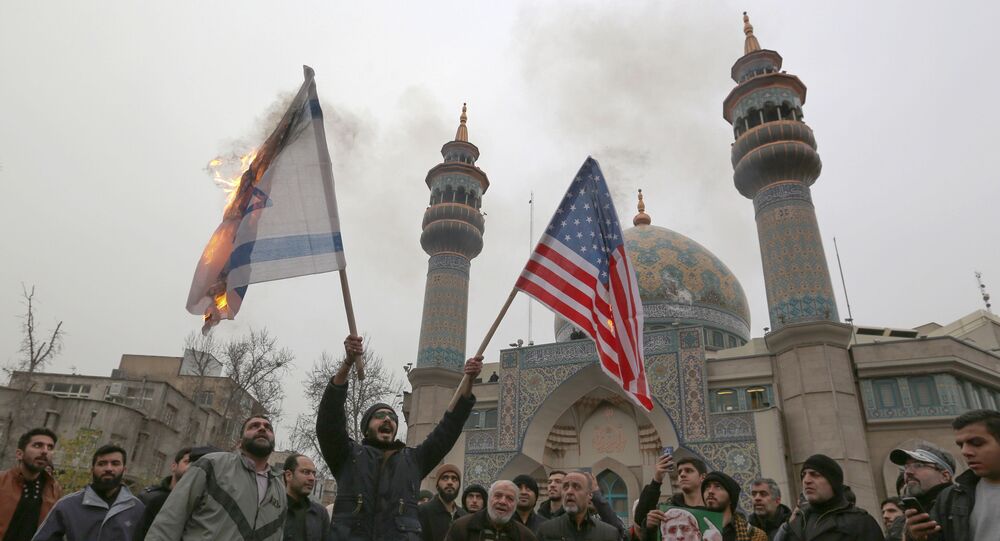 Israeli Energy Minister Yuval Steinitz has rejected as "nonsense" recent claims by Iranian Foreign Minister Zarif that the Jewish state was seeking to trick the US into launching a war against Iran.

In an interview with the radio station Kan on Sunday, Steinitz said it was Israel that needed to be on alert for possible Iranian strikes, referring to the first anniversary of the killing of General Qasem Soleimani, head of the Islamic Revolutionary Guard Corps (IRGC)'s elite Quds Force.

"We hear this nonsense by [Iranian Foreign Minister Javad] Zarif, that Israel would set off terrorist attacks against the United States - this really is total nonsense. But on the other hand it is a warning sign […] that Iran is taking aim at Israel, is looking for excuses to lash out at Israel, and therefore we need to have our finger on the pulse and be at the highest state of alert", the Israeli energy minister noted.

The remarks came a day after Zarif pointed to "new intelligence from Iraq", which he tweeted "indicate that Israeli agent-provocateurs are plotting attacks against Americans — putting an outgoing [President Donald] Trump in a bind with a fake casus belli".

The Iranian foreign minister added that Trump should "be careful of a trap" because "any fireworks will backfire badly, particularly against your same BFFs".

In a separate development on Saturday, The Jerusalem Post cited an unnamed military source as saying that in light of the 3 January anniversary of Soleimani's assassination, the Israel Defence Forces (IDF) are preparing for an attack by Iran.

According to the source, the IDF isn't ruling out the possibility of an attack by what the military dubbed "second circle countries", referring to Iraq or Yemen. The Israeli military has reportedly "held discussions on the planning level and reviewed possible scenarios of different attacks", the source added.

© AP Photo / UNCREDITED
Iran Vows US Will Be Brought to Justice Over 'Craven Act of Terror' Against General Soleimani
Iran has repeatedly signalled its readiness to take revenge for Soleimani's killing on 3 January 2020, when he and a senior Iraqi militia commander, Abu Mahdi al-Muhandis, died in a US drone strike on their car at Baghdad International Airport authorised by President Donald Trump.