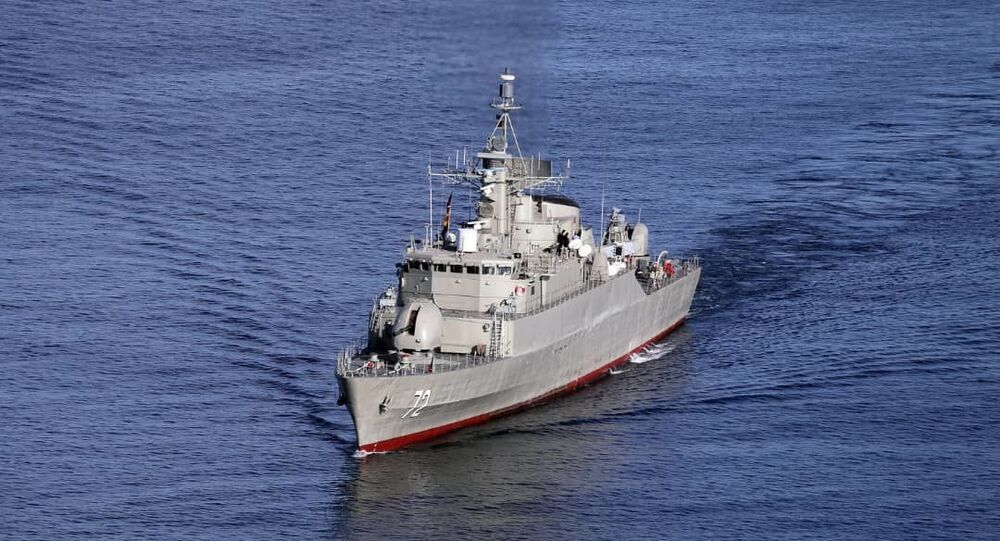 Tehran has intensified its military presence in international waters citing the need to protect its trade interests. Its tankers have been supplying petroleum to Venezuela, which like Iran, is currently dealing with American sanctions. The US claims to have intercepted several such vessels, but Tehran denies these allegations.

The Iranian Navy has announced that the country's 71st flotilla has departed for international waters from the port of Bandar Abbas with the goal of protecting the nation's trade vessels. The departing fleet includes the frigate Alborz and helicopter-carrier Khark.

The 71st flotilla will replace the 70th fleet, which has just returned from a similar mission that saw the destroyer Sabalan and logistical warship Lavan guard Iranian trade ships and routes.

Tehran has intensified its naval operations in international waters of late, with the country fighting to overcome the sanctions imposed by the US on its oil trade. Iran has been supplying another country hit by American economic measures, Venezuela, with fuel and components to run oil refineries, despite protests from Washington.

The US claims to have intercepted and brought to American shores several Venezuela-bound Iranian vessels. Tehran, however, insists that none of its vessels were taken, stating the vessels mentioned by Washington were not sailing under the Iranian flag.

The increasing Iranian presence in global waters also comes amid the US Navy running regular military patrols inside the Persian Gulf, despite protests by the Islamic Republic. Tehran says the US fleets have a destabilising influence on the region and urged local powers to ensure the Gulf's safety without resorting to help from outside countries.