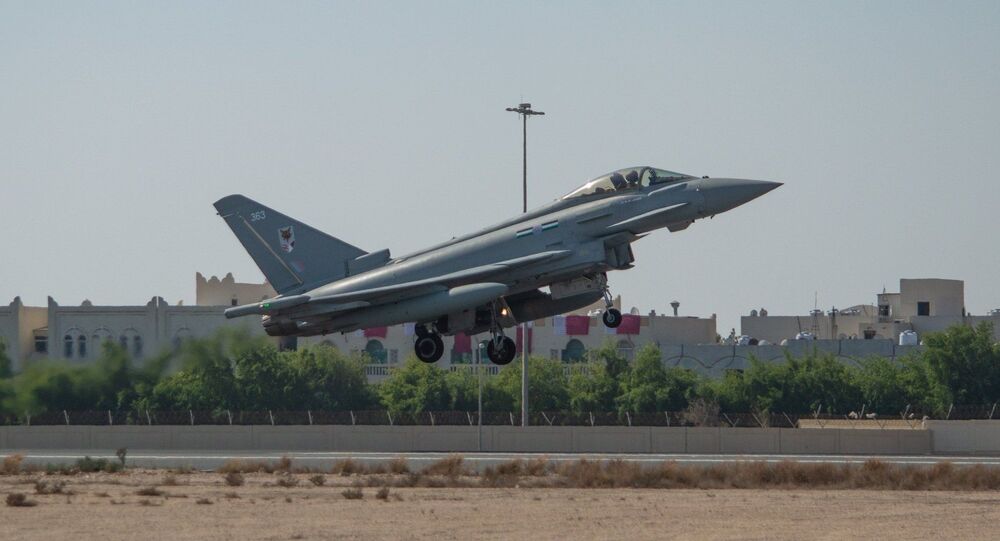 On Friday morning, authorities in Doha conducted a military parade in celebration of the Qatar National Day. Multiple branches of the Qatari Armed Forces marched through the Corniche waterfront of the capital.

The official account of the 12 Squadron, joint RAF/Qatari Emiri Air Force unit, shared in a Twitter video and in photos the celebratory flight.

We had the honour of joining the #QatarNationalDay flypast ✈️ earlier today.

Our @Eurofighter Typhoons were flown by both @RoyalAirForce 🇬🇧 & Qatar Emiri Air Force 🇶🇦 pilots in what was an immensely proud moment for the Joint Squadron!

Take a look at our view!👇 pic.twitter.com/qIbtSUoyGk

Today's #QatarNationalDay has been a real privilege to be a part of! Here are a few photos from the ground! 📸

What do you want to know about the joint RAF 🇬🇧 Qatari 🇶🇦 Squadron?

Any questions about Exercise #EpicSkies IV?

December 18, 1878, is recognized as the day of Qatar’s independence. The annual celebration was established by a decree of the Emir of Qatar and his heir on June 21, 2007.