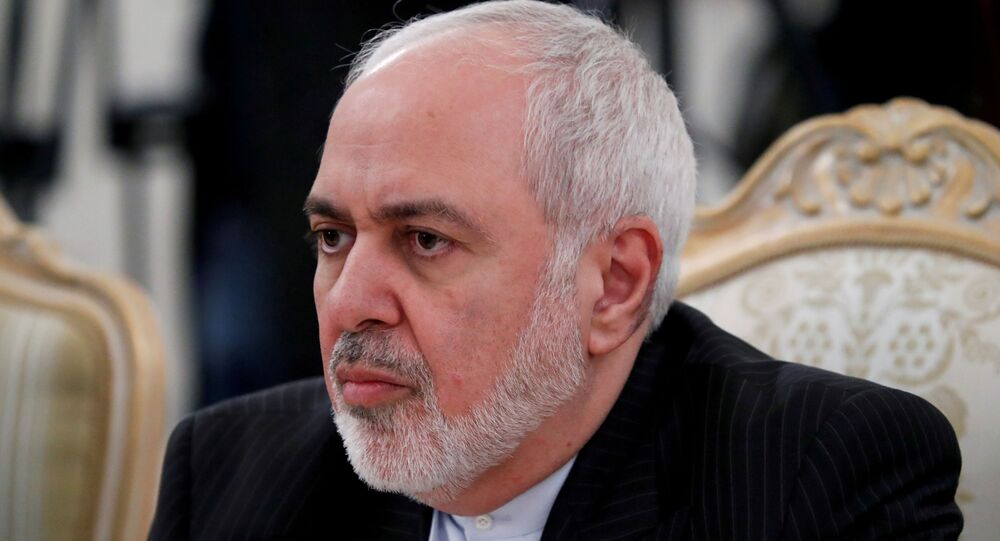 TEHRAN (Sputnik) - Iranian Foreign Minister Mohammad Javad Zarif on Monday said that proponents of hard-line policies against Iran intend to undermine the atmosphere that has been created to lift sanctions from the country.

This statement was made after the recent assassination of Iranian nuclear physicist Mohsen Fakhrizadeh, a key figure in Iran's nuclear program and the head of the Iranian Defense Ministry's innovation center. Tehran has accused Israel of conducting the assassination.

"As you could hear from the news, these days the designers and proponents of the failed policy of maximum pressure against the courageous Iranian people are trying to take advantage of the last days of Trump to raise tensions and destroy the atmosphere that has been created in order to lift tyrannical sanctions," Zarif said.

In 2015, Iran signed the Joint Comprehensive Action Plan (JCPOA) with the United States, China, France, Germany, Russia and the United Kingdom. The landmark treaty required Iran to scale back its nuclear program and severely downgrade its uranium reserves in exchange for sanctions relief. In 2018, US President Donald Trump unilaterally abandoned the deal and implemented hard-line policies against Tehran, dubbed as a campaign of "Maximum Pressure". Since Trump's departure from the JCPOA, tensions between the US and Iran have escalated, with Tehran announcing that it would no longer follow the 2015 nuclear deal.

On Monday the Iranian parliament passed a bill titled "The strategic measure for the removal of sanctions," designed to allow the country to increase uranium enrichment levels to 20 percent or more — uranium that is considered weapon-grade one. The step was made after Fakhrizadeh's assassination, despite restrictions imposed on the country by the JCPOA, which restricted the level of Iran’s enrichment of uranium to 3.67 percent.