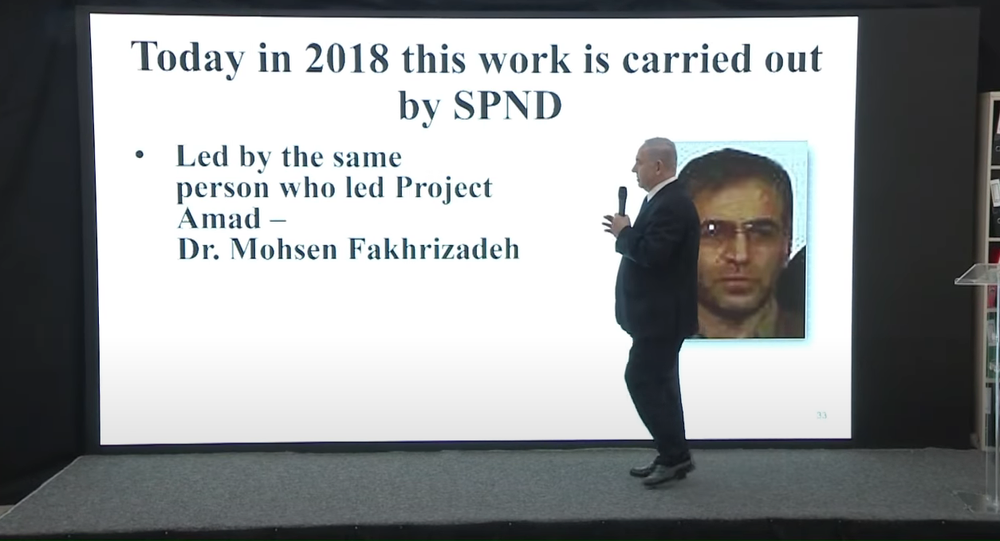 Iranian Foreign Minister Mohammad Javad Zarif took to Twitter Friday in the wake of the murder of nuclear scientist Mohsen Fakhrizadeh-Mahabadi, saying there were "serious indications of an Israeli role." In a heated address, the top diplomat urged the international community, and the European Union in particular, to give up on what he dubbed as "shameful double standards" and condemn the killing, which he described as an "act of state terror."

Zarif did not immediately provide evidence regarding the extent of what he suspected to be Israeli involvement in Fakhrizadeh-Mahabadi's killing.

However, earlier, Iranian media and Western commentators pointed to alleged Israeli and US support for the People's Mujahedin Organization of Iran, a terrorist group promoting the overthrow of Iran's government which recently claimed that the nuclear scientist had been involved in a clandestine nuclear weapons programme operated by the Revolutionary Guard.

In 2018, during a presentation lobbying the Trump administration to pull out of the Joint Comprehensive Plan of Action nuclear agreement, Israeli Prime Minister Benjamin Netanyahu singled out Fakhrizadeh-Mahabadi, claiming he was the head of a secret unit inside the Iranian military working to build a nuke.

Israel has been accused of assassinating multiple Iranian nuclear scientists over the years, with at least five scientists killed and two surviving attacks carried out between 2007 and 2015.

© AP Photo / IIPA,Ebrahim Norouzi
Iran's Top Nuclear Scientist Assassinated in Country's North, Tehran Calls Murder a 'Terror Attack'
Fakhrizadeh-Mahabadi, 62 or 63, died in hospital on Friday after being targetted in a gun and bomb assassination plot in Absard, a city situated about 175 km east of Tehran.

Israeli officials have yet to comment on the nuclear scientist's death.

Returning to the Nuclear Deal

Iran has long maintained that it has no intention of pursuing nuclear weapons, and indicated that its nuclear activities are related strictly to the pursuit of civilian nuclear energy to help wean the country off of fossil fuels. Iranian officials have also repeatedly criticised the US and Israel over their alleged 'concerns' about the Islamic Republic's nuclear activities, suggesting that neither Washington - the only state to have used nuclear weapons against another country, nor Tel Aviv - the only country in the Middle East with a confirmed nuclear arsenal, have the right to 'lecture' Tehran on non-proliferation.

On Sunday, Netanyahu warned the next US administration not to return to the JCPOA, and urged Washington to "stick to an uncompromising policy to ensure that Iran does not develop nuclear weapons." On Wednesday, Axios reported that the Israeli Defence Forces had been instructed to prepare for a possible US strike on Iran before President Trump's expected departure from office in January. Earlier this month, former Trump national security adviser H.R. McMaster said he couldn't rule out that Israel may initiate strikes on Iran after Trump is gone.