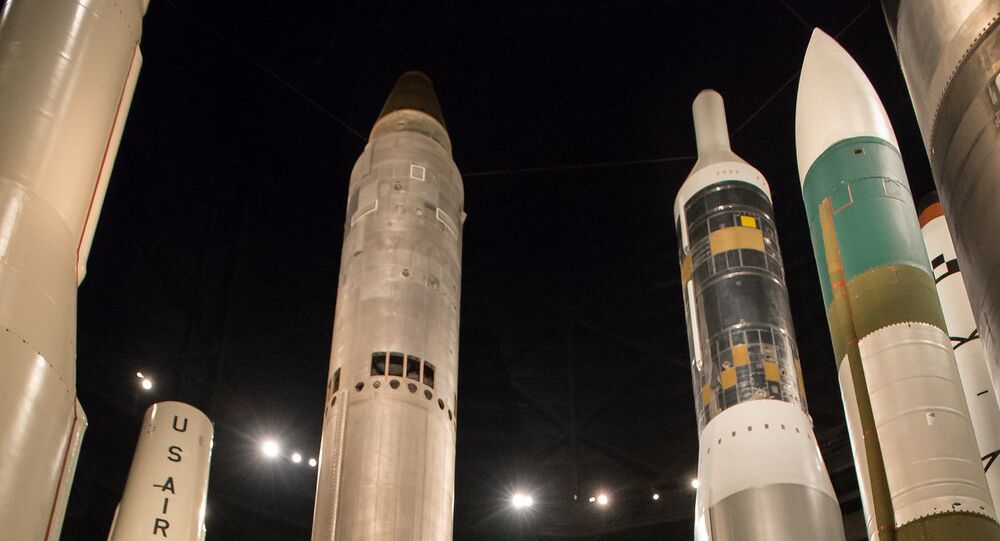 Iran Envoy Says US Has No Right to Lecture Tehran on Proliferation, Given Its Massive Nuke Arsenal

Iran publicly committed itself not to pursue nuclear weapons, or any other weapons of mass destruction, and completely dismantled its vast stocks of chemical weapons before signing the Chemical Weapons Convention in 1997. The United States has the second-largest nuclear arsenal in the world, consisting of about 9,400 nuclear bombs and warheads.

The US is not in a position to express concerns about Iran’s nuclear non-proliferation, given that Washington itself has one of the largest nuclear arsenals in the world, and is the only nation in the world to have used it, Kazem Gharib Abadi, Iran’s permanent envoy to the Vienna-based international organisations, has said.

“The US cannot be seen as honest in its claims about having non-proliferation concerns, when it has thousands of nuclear warheads, proliferated such weapons and the related know-how, used it against a non-nuclear-weapon state, and threatens others with the possible use of them. Indeed, such a country is not even entitled to talk about non-proliferation concerns,” Gharib Abadi said, speaking to the International Atomic Agency’s board of governors, according to Iranian news agency Tasnim.

Pointing to the status of US ally Israel as the only country in the Middle East to have developed a nuclear arsenal while refusing to join the relevant international treaties, Gharib Abadi accused Washington of hypocritically failing to confront Tel Aviv, as well as other regional allies, on their research into weapons of mass destruction.

“How concerned is the US about this threatening situation? If non-members are rewarded and being a member of the Non-Proliferation Treaty is a disadvantage, it would send a diametrically different signal to its members. Likewise, how worried is the US about the standards of verification carried out by the [Kingdom of Saudi Arabia] and the [United Arab Emirates], who officially still have SQPs (small quantities protocols) on the limited amount of nuclear material they have.”

If you want to pursue a nuclear weapon program, or you are seeking for an excuse to justify your lack of cooperation with the IAEA or your outdated safeguard system, at least have the courage to admit it and pay the price for it, don’t blame your wrongdoings on others by lies. pic.twitter.com/QR5VEu0fZD

© AP Photo / Iranian Army
Saudi King Urges World to Prevent Iran From Obtaining Weapons of Mass Destruction
Gharib Abadi stressed that Iran “does not put any value on unfounded and authoritarian noises and claims by the US and Israeli regime” about Iranian nuclear proliferation, and suggested that the main purpose of such claims “is to put pressure on and divert the agency and the member states to achieve their political interests.”

Gharib Abadi’s comments follow a statement by the US delegation demanding that Iran be subject to the ‘same high standards’ for non-proliferation verification as other NPT members.

Iran committed itself to reducing the scope of its nuclear activities under the landmark Joint Comprehensive Plan of Action (JCPOA) nuclear treaty signed in 2015. Washington unilaterally pulled out of the deal in 2018, and imposed crushing sanctions on the country. Iran accused the deal’s European members of failing to find an effective alternative to US sanctions pressure, and in 2019, reduced its commitment to the deal by increasing enrichment levels and stockpiles of enriched materials. Tehran maintains it has no intention of pursuing nuclear weapons, and its uranium enrichment levels as reported by the IAEA remain far below the purity levels required to build a nuclear bomb.

On Wednesday, IAEA director-general Rafael Grossi indicated that although Iran’s enrichment levels are above the limits set out by the JCPOA, the agency has not observed any “significant increase in volumes” of advanced centrifuges at Iran’s Natanz nuclear facility.