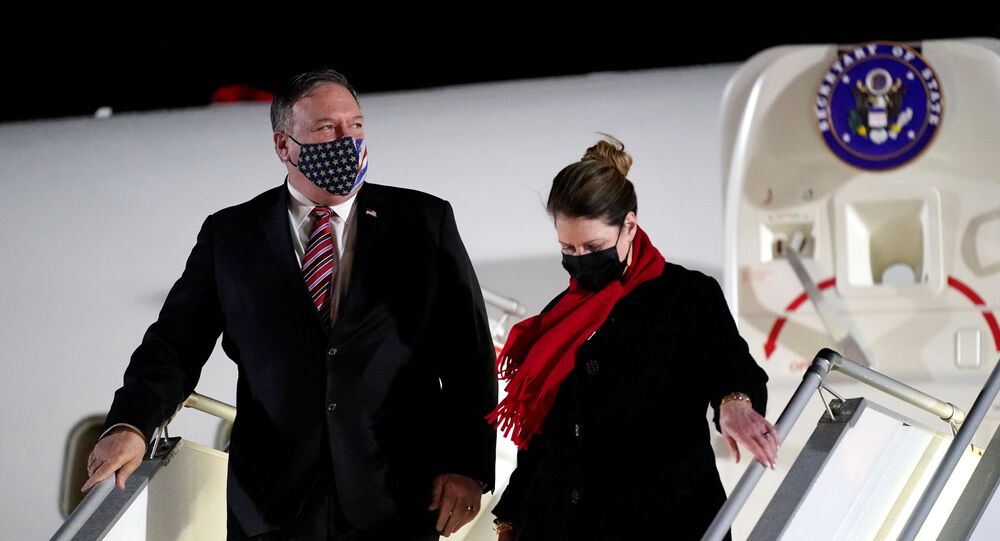 US Secretary of State Mike Pompeo is to arrive in Israel on Wednesday for a three-day visit, which coincides with a visit by a Bahraini delegation, headed by the country's Foreign Minister Abdullatif al-Zayani.

The Bahraini delegation will fly to Tel Aviv directly from the Bahraini capital of Manama.

According to reports, Pompeo, al-Zayani, and Israeli Prime Minister Benjamin Netanyahu are expected to meet throughout the day.

The senior US official is also expected to hold talks with Israeli Defence Minister Benny Gantz and Foreign Minister Gabi Ashkenazi and visit the West Bank, and the Golan Heights.

© AFP 2020 / MARWAN NAAMANI
Israel Had Secret Embassy in Bahrain for Over a Decade Before 2020 Peace Accord - Report
At the same time, the visit by the Bahraini delegation is intended to enhance relations between the two countries, especially at the economic level.

On 15 September, Bahrain established diplomatic ties with the Jewish state, signing the Abraham Accords in Washington.

In October, high-ranking Israeli and US delegations travelled to Bahrain where they concluded a number of cooperation deals in the spheres of economy, energy, aviation, and more.