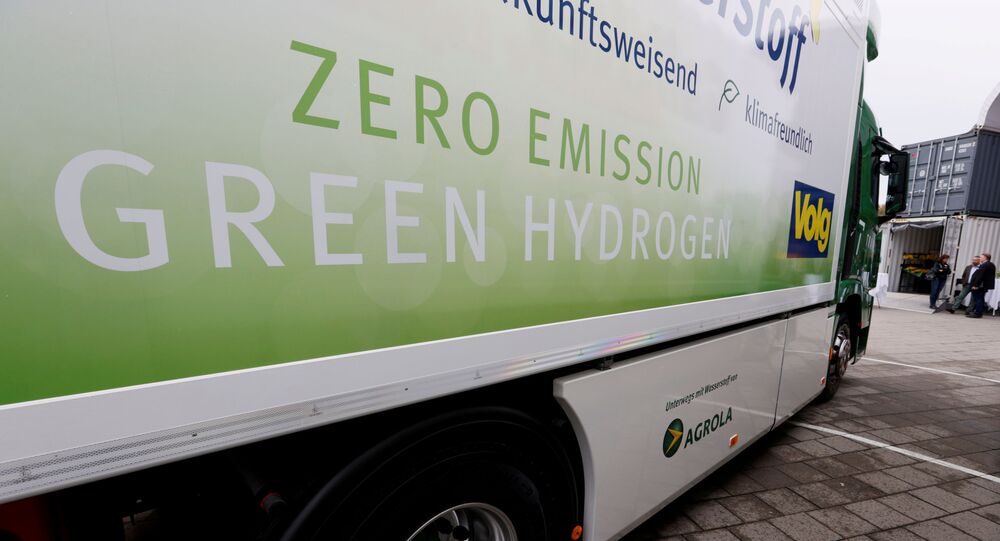 In early July, the US gas giant Air Products & Chemicals unveiled a plan to build a green hydrogen plant in Saudi Arabia, in what is being touted as the world's largest project in the field so far.

An array of Saudi Arabian plants are considering the use of environmentally friendly green hydrogen, seen as "the next big thing in energy", the US online magazine Yale Environment 360 (Yale E360) reports.

Green hydrogen is produced through a chemical process known as electrolysis, in which machines split water into hydrogen and oxygen, with no other by-products, including carbon dioxide, emitted into the atmosphere.

Yale E360 recalled that this past summer, the US industrial gas giant Air Products & Chemicals, had announced plans to construct a green hydrogen plant in Saudi Arabia. The latter is expected to be powered by 4 gigawatts of wind and solar power.

The $5 billion project is due to be jointly owned by Air Products, as well as Saudi Arabia's ACWA Power and Neom, a new mega-city planned near the kingdom's borders with Egypt and Jordan.

Blank pointed out that aside from Saudi Arabia, some other Middle Eastern countries, as well as those in Europe and Asia have started "embracing" the production of green hydrogen, which he said is "really good news".

"Green hydrogen has high potential to address many of the things that keep people awake at night because the climate change problem seems unsolvable", the researcher underscored.

He was echoed by Rachel Fakhry, an energy analyst for the New York-based non-profit organisation Natural Resources Defence Council, who was cited by Yale E360 as saying that using green hydrogen in energy-intensive industries like concrete and steel manufacturing, as well as parts of the transportation sector is "very promising".

"The last 15% of the economy is hard to clean up – aviation, shipping, manufacturing, long-distance trucking. Green hydrogen can do that", Fakhry insisted.

The remarks come amid skeptics talking about the high cost to produce the new fuel and the fact that green hydrogen is hard to store and transport without a pipeline.

© AP Photo / Gary Kazanjian
OPEC+ Oil Ministers to Discuss Oil Cuts on Monday Amid Looming Second Wave of COVID-19
As for Saudi Arabia, the construction of the green hydrogen producing plant in Neom is being touted there as part of Riyadh's drive to turn the kingdom into an important global centre for renewable energy.

Neom CEO Nadhmi Al Nasr said in a statement earlier this year that "this is a pivotal moment for the development of Neom and a key element in Saudi [Arabia's] Vision 2030, contributing to the kingdom's clean energy and circular carbon economy strategy".

The Organisation of the Petroleum Exporting Countries (OPEC) said in a report last month that the ongoing coronavirus pandemic had sparked the biggest economic downturn in the global oil and gas sector "in living memory".

According to the document, oil prices could fall from 31.5 percent to 27.5 percent from 2019 to 2045, respectively, and would peak by the end of the deisgnated period.

As European Parliament Orders Cut in Maritime Emissions, Are Eco-Ships the Answer?