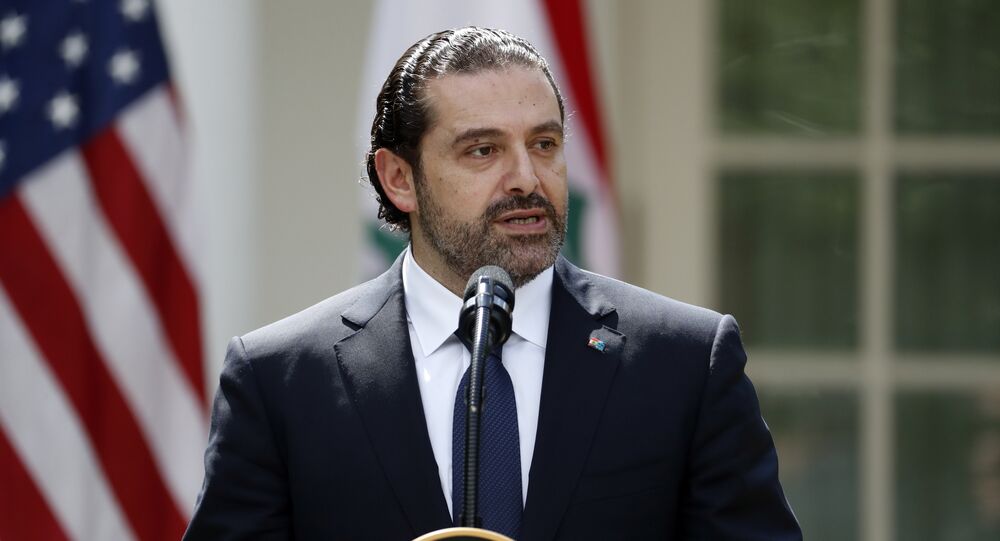 MOSCOW (Sputnik) – Saad Hariri, who had previously twice assumed the position of the head of Lebanon's council of ministers, was re-elected on Thursday as the country’s new Prime Minister in the wake of Mustapha Adib's resignation in late September, the office of President Michel Aoun said.

"President Aoun summoned Prime Minister Saad Hariri to task him to form a new government", the office wrote on Twitter.

A total of 64 parliament members out of 120 have backed Hariri’s candidacy for the post of the prime minister, according to the Al Mayadeen broadcaster.

© AP Photo / Hassan Ammar
A woman and her daughter pass by a poster of outgoing Prime Minister Saad Hariri, in Beirut, Lebanon, Saturday, Nov. 11, 2017. Lebanon's president has called on Saudi Arabia to clarify the reasons why the country's prime minister has not returned home since his resignation which was announced from the kingdom

The cabinet, which had been under Hariri's leadership since 2016, resigned on 29 October 2019, amid mass anti-government protests triggered by the devastating financial and economic crises. Hariri also occupied the post of the government head from 2009-2011.

The new government was subsequently formed in January 2020, when Hassan Diab was appointed as the country's new prime minister. However, Diab's rule did not last long, as his government stepped down in August in the wake of the deadly blast in the port of Beirut, which left over 200 people killed and thousands of others injured.

Following that, Mustapha Adib, who had served as the country's prime minister after Diab for a month, resigned on September 26 after failing to form a new government in light of internal political disputes.