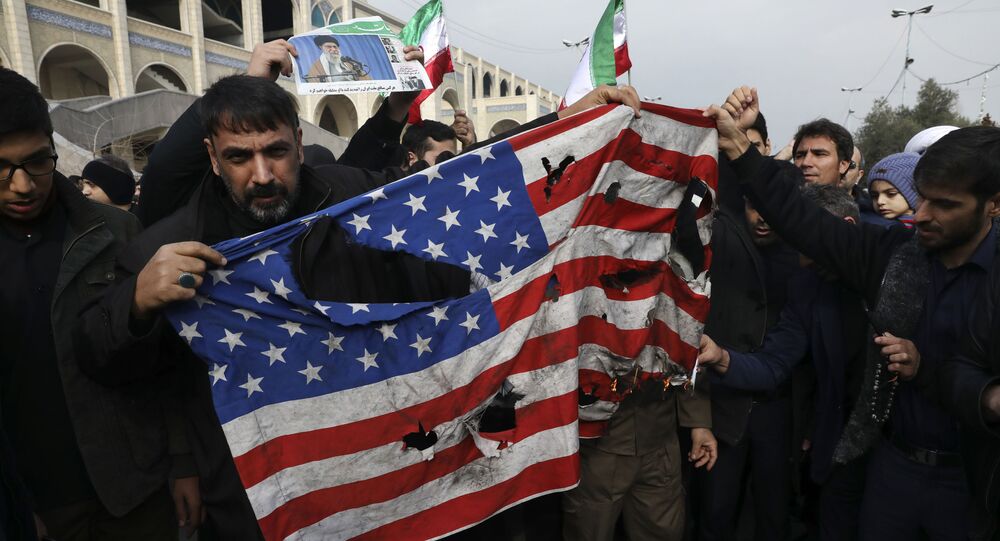 On Sunday, Tehran called on Washington to “return to the international community and stop the rebellion” following the US' claims about the reinstatement of all UN anti-Iran sanctions.

Iran's Oil Minister Bijan Zanganeh has lashed out at the US in light of Secretary of State Mike Pompeo’s recent move to declare "the return of virtually all previously terminated UN sanctions” against the Islamic Republic.

“Today Iran is still fighting a war. America has waged a war against Iran with no blood”, Zanganeh was cited as saying by the Iranian news agency SHANA, in an apparent nod to the US' anti-Iran sanctions.

The statement followed Iran's President Hassan Rouhani saying in a televised speech on Sunday that the US is facing defeat in its recent sanctions decision against the Islamic Republic.

This came after UN Secretary-General Antonio Guterres made it clear that he cannot take any action on the US' anti-Iran sanctions-related declaration due to a lack of clarity.

“There would appear to be uncertainty whether or not the process […] was indeed initiated and concomitantly whether or not the [sanctions] terminations […] continue in effect. It is not for the Secretary-General to proceed as if no such uncertainty exists”, Guterres pointed out in a letter to UN Security Council members on Sunday.

This followed the Iranian Foreign Ministry urging the White House to stick to its obligations and “stop the rebellion” so that the international community can “accept” Washington following its claims on the reinstatement of the UN sanctions against Tehran.

The EU’s foreign policy chief Josep Borrell, for his part, insisted that the US cannot unilaterally re-impose international sanctions against the Islamic Republic, a view that was echoed by the Russian Foreign Ministry, which accused Washington of continuing to mislead the global community.

On Saturday, Pompeo announced that all UN sanctions against Tehran were allegedly "back in effect" under the “snapback” mechanism of UN Security Council Resolution 2231, featured in the Iran nuclear deal, also known as the Joint Comprehensive Plan of Action (JCPOA).

© AP Photo / Andrew Harnik
Pompeo Slams European Countries For Failing to Support Reinstating UN Sanctions on Iran
The JCPOA was signed in 2015 by Iran, China, France, Germany, Russia, the UK, the US, and the EU, stipulating the removal of international sanctions from Tehran in exchange for it scaling back its nuclear programme. The deal was then enshrined in UNSC Resolution 2231.

In May 2018, the US unilaterally withdrew from the JCPOA and re-imposed its tough economic sanctions on Iran, to which Tehran responded by gradually abandoning its own commitments under the deal a year later.

Trump Warns Any Strike by Iran Against US Will be Met With Attack '1,000 Times Greater in Magnitude'