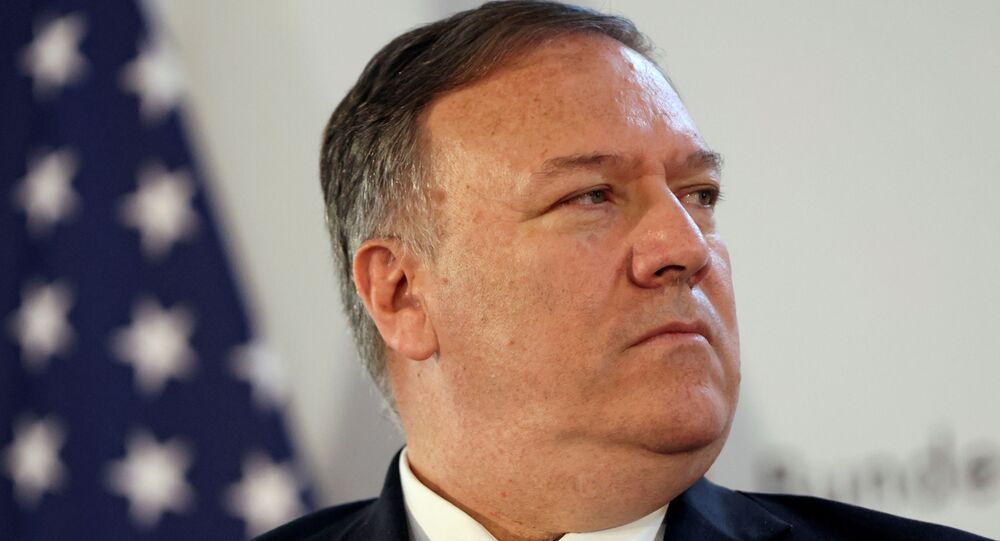 Iran has faced arms a United States embargo since 2007, now set to expire in two months under the 2015 Joint Comprehensive Plan of Action (JCPOA), also known as the Iran nuclear deal, from which the US unilaterally withdrew in May 2018.

US Secretary of State Mike Pompeo said that the United Nations Security Council has rejected the US resolution to extend the Iran arms embargo, noting that, despite the decision, the Trump adminsitration will continue to do everything possible to ensure Iran is not able to buy and sell weapons.

Pompeo claimed that the UN "failed to uphold its fundamental mission set by rejecting what he called "reasonable" resolution to extend the embargo, adding that the decision was "inexcusable".

​Pompeo denounced the Security Council for "rejecting direct appeals from numerous countries in the Middle East to extend the embargo", particularly referring to "Arab nations and Israel" along with six members of the Gulf Cooperation Council.

"The United States will never abandon our friends in the region who expected more from the Security Council. We will continue to work to ensure that the theocratic terror regime does not have the freedom to purchase and sell weapons that threaten the heart of Europe, the Middle East and beyond", Pompeo stated.

According to Security Council president for the month of July, Dian Triansyah Djani, the resolution aiming to extend the embargo did not gain enough support to be adopted.

”The result of the voting is as follows: two votes in favor, two votes against, 11 abstentions. The resolution has not been adopted having failed to obtain the required number of votes", Djani said.

US efforts to extend the embargo were opposed by Iran, Russia and China, with Iranian Foreign Minister Mohammad Javad Zarif saying that the White House is "so desperate to show support for its struggle to illegally extend arms restrictions on Iran that it clings to the personal position of GCC SG — obtained thru coercion — as regional consensus".

Since 2007, Iran has faced a US arms embargo, set to expire in October under the terms of the nuclear deal, or the Joint Comprehensive Plan of Action (JCPOA) signed in 2015. The agreement envisaged Iran scaling back its nuclear programme in exchange for sanctions relief.

US President Donald Trump exited from the agreement unilaterally in May 2018, causing Tehran to step away from its nuclear commitments.