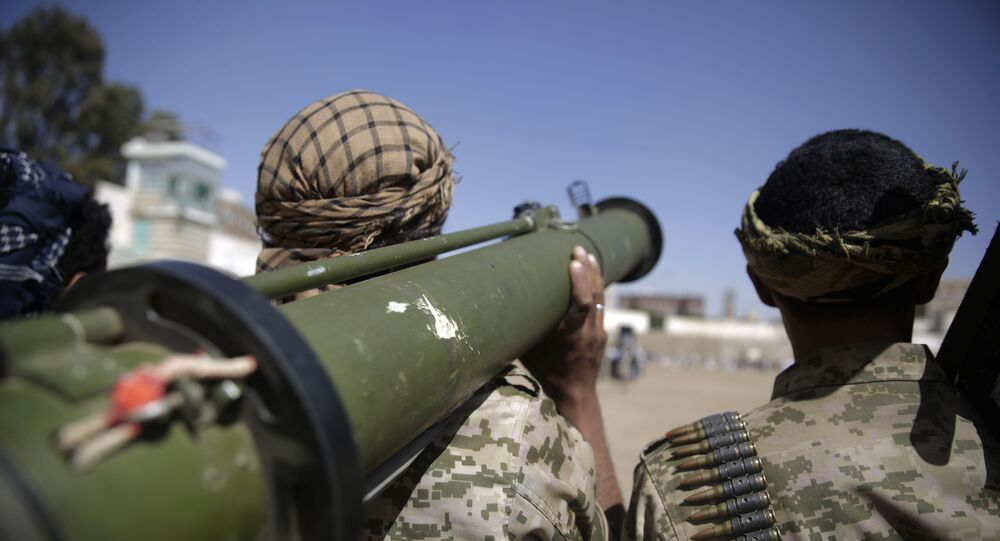 Yemen has been engulfed in a war between government-allied forces and the armed Houthi political opposition faction for several years, as the Saudi-led coalition has been carrying out airstrikes against the group at the request of the nation's president-in-exile, Abdrabbuh Mansur Hadi, since 2015.

According to the report, the coalition launched nine air strikes on both a Houthi military engineering camp and a headquarters for the national security apparatus, according to Riyadh.

The target was reported to be a meeting of high-level Houthi leaders at the camp, Reuters said.

The reported attack comes amid continuous conflict between the Saudi-led coalition and the armed Houthi political opposition faction, as the coalition interceptes Houthi drones, and the Houthi movement targets multiple locations along the Saudi border, including the Abha international airport in Saudi Arabia.

The armed conflict between the government forces, led by the nation's president-in-exile, Abdrabbuh Mansur Hadi, and the Houthi armed political opposition faction has been ongoing in Yemen for some 5 years, following Hadi's first overthrow at the hands of the Houthis. The Saudi-led alliance has been conducting air, land and sea operations against the Houthis, at Hadi's request, since March 2015.